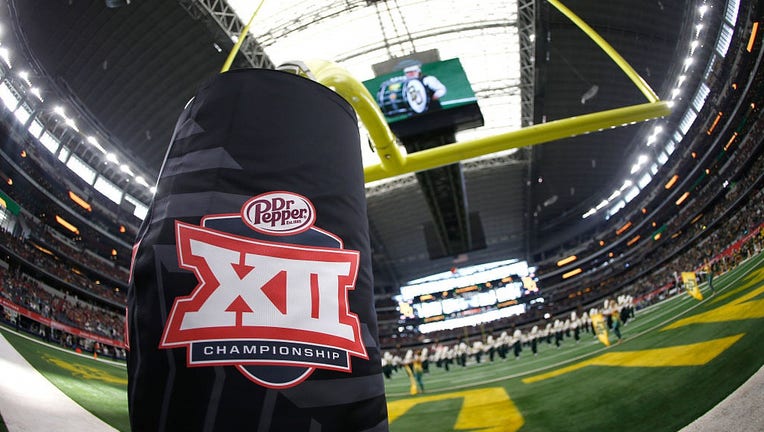 Detail view of Big 12 logo as the Baylor Bears band plays on the field before Baylor plays the Oklahoma Sooners in the Big 12 Football Championship at AT&T Stadium on December 7, 2019 in Arlington, Texas. (Photo by Ron Jenkins/Getty Images)

LAKE MARY, Fla. - Joining a Power 5 Conference comes with a price for fans.

The University of Central Florida on Tuesday announced a hike in the cost of season tickets.  UCF says the current revenue that the school makes from ticket sales and per-seat donations rank at the bottom of the Big 12.  UCF’s 2021 season tickets would be the least expensive in the Big 12.

UCF will become the youngest football program in the Power 5 with a season-ticket waitlist currently sitting at more than 1,500 tickets requested.

"The current revenue UCF makes from ticket sales and per-seat donations rank at the bottom of our new league. UCF’s 2021 season tickets would be the least expensive in the Big 12," the university says. "To be competitive in recruiting student-athletes, coaches and improving the fan experience and amenities in our new league, we need to close that gap."

As UCF moves into the Big 12, there is expected to be a minimum of four Power 5 home games each year and the school says season ticket prices need to increase to match the future demand of home games.

"Over the next two seasons, most sections can expect an increase in season ticket pricing. Some of the lower-priced sections will see a larger increase."

The least expensive season ticket price, for example, will increase to $150 to match Big 12 peers.