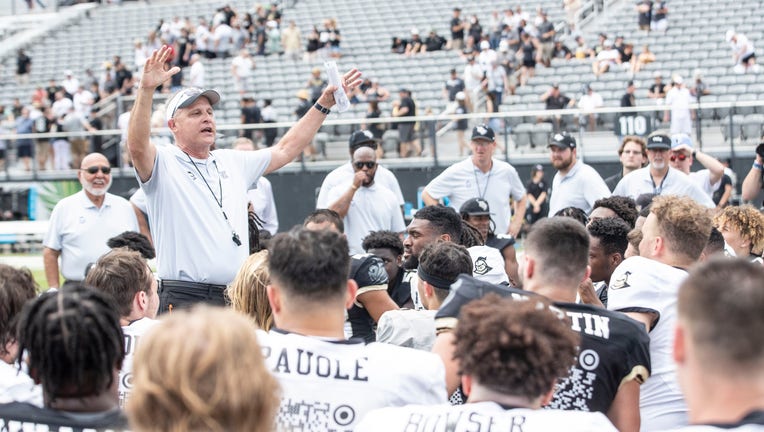 The University of Central Florida, Cincinnati, and Houston will become members of a Power 5 conference in 2023 after the three schools reached an agreement with the American Athletic Conference Friday to join the Big 12 in 2023.

Unlike in other instances of schools bolting for other conferences, it appears the American Athletic Conference and the three schools will end their relationships on good terms.

"I would like to thank UCF President Alexander Cartwright, Cincinnati President Neville Pinto and Houston President Renu Khator — as well as Tulane President Michael Fitts, who is chair of our Board of Directors — for their efforts and leadership to arrive at a sensible resolution to the three schools’ departure from the conference," AAC commissioner Mike Aresco said in a statement.

"All three institutions enjoyed tremendous success under the American Athletic Conference banner, and all three were instrumental in taking the conference to great heights, both athletically and academically. We wish them the best and look forward to having them compete in our conference in 2022-23."

In September 2021, the Big 12 announced the three schools and BYU would join the conference, following the news that Oklahoma and Texas would be leaving the conference for the SEC. BYU is also expected to join the Big 12 in 2023.

Cincinnati, which became the first Group of Five football team to reach the College Football Playoff in 2021, will now get a chance to showcase its talent on a bigger stage.

"Today is another milestone in our journey towards participation in the Big 12," director of athletics John Cunningham said, according to WLWT Cincinnati. "We welcome this accelerated timeline and are thrilled that a majority of our current student-athletes will be able to prove themselves at the ‘next level.’ It’s imperative that our whole athletic department and our entire fan base embrace this challenge together.

"As I said before, our goal is to compete for championships on the first day we enter the Big 12. Now that we have that date, it’s time to ensure we position ourselves at the head of the table."

The world of college athletics continues to experience a shake-up with reports on Friday that Oklahoma and Texas could join the SEC as soon as the 2024 season, according to 247 Sports.