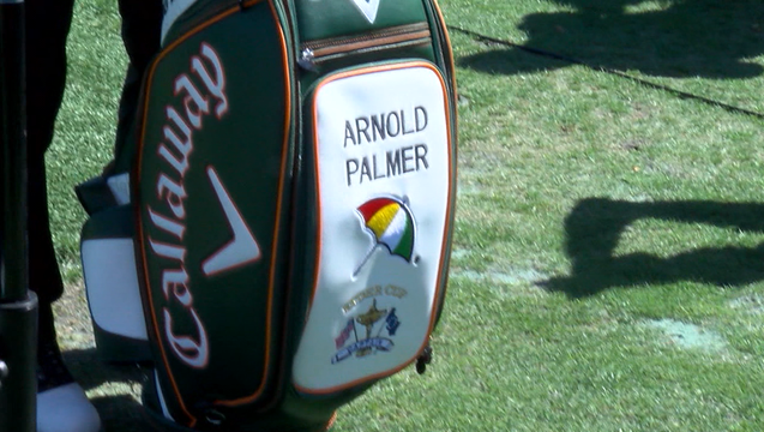 By DOUG FERGUSON
AP Golf Writer
ORLANDO, Fla. (AP) -- The loudest roars at Bay Hill were for Tiger Woods. The last ones were for Rory McIlroy.

McIlroy put on a finishing charge that would have made the King proud. He ran off five birdies over his last six holes to close with an 8-under 64 and win the Arnold Palmer Invitational for his first victory since September 2016.

The final stroke looked familiar. McIlroy rolled in a 25-foot birdie putt on the 18th hole -- the kind of putt Woods has made so many times at Bay Hill -- that gave him a two-shot lead over Bryson DeChambeau.

Woods put on a charge of his own and was one shot out of the lead until hitting out-of-bounds on the 16th hole to fall back into a tie for fifth.