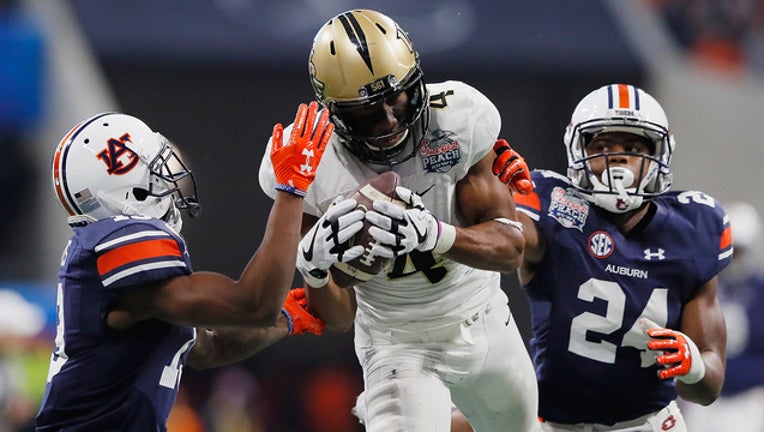 Javaris Davis #13 and Daniel Thomas #24 of the Auburn Tigers attempt to tackle Tre'Quan Smith #4 of the UCF Knights in the second half during the Chick-fil-A Peach Bowl, January 1, 2018 in Atlanta, Georgia. (Photo by Kevin C. Cox/Getty Images)

The 6-foot-2, 203-pound Smith was the first player drafted by New Orleans on the second day of the draft. New Orleans did not have a pick in the second round this year, having dealt that away during last year's third round as part of a trade that allowed the Saints to snag running back Alvin Kamara, the 2017 offensive rookie of the year.

In Thursday night's first round, the Saints picked UTSA defensive end Marcus Davenport 14th overall after trading up from 27th in a deal with Green Bay that also a fifth-round pick this year and a first-rounder next year to the Packers.