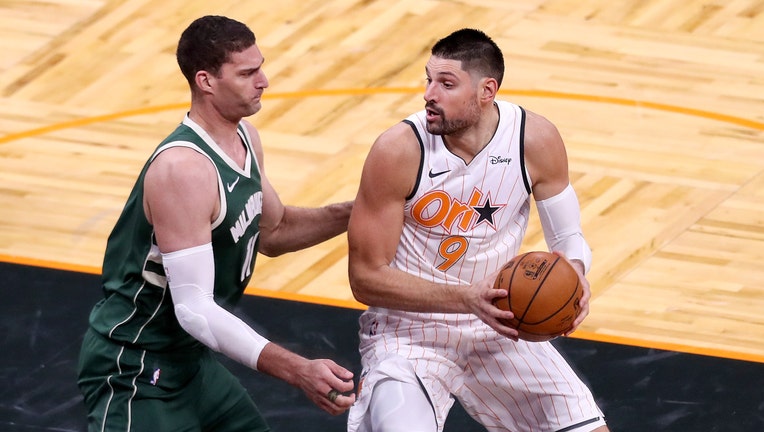 They said that because of testing and contract tracing within the Celtics, the team does not have the league-required eight available players to proceed with the game.

This development came as the NBA’s board of governors was to meet and evaluate the situation around the league and determine what steps — likely stiffening some parts of the protocols — to take in an effort to keep the season going. The league has now postponed four games since Sunday because of the virus situation among some teams.

The Magic are also supposed to play the Celtics on Friday in Boston; no determination about that game has been announced.

The Celtics have eight players listed as out right now because of the league’s protocols, and have now seen three of their games postponed this week alone.

The NBA, according to two people familiar with the league’s plan, could implement new protocols urging players to stop in-game and postgame handshakes and hugs, additional mask-wearing rules especially in the bench areas, and mandates that would temporarily allow players in their home markets to only go to practices, games, workouts and tend to essential matters. The people spoke with The Associated Press on condition of anonymity because neither the league nor the union had announced those measures though.

Based on the most recent information released by teams, though the numbers can change quickly, it seems at least 36 players in the NBA entering Tuesday are dealing with some sort of virus-related issue. Those issues include players having to sit because contact-tracing data showed they may have been exposed to someone who may be positive for COVID-19.

NBA Commissioner Adam Silver warned before the season that issues playing amid a pandemic would be "inevitable," but the league has also said in recent days that pausing play is not currently something under consideration.

The league said on Thursday that, for testing during the preceding seven days, four players out of 498 in the league had new positive tests. That figure is expected to be updated later this week.