Kyle Larson will defend his title this weekend at the Pennzoil 400 NASCAR Cup Series at the Las Vegas Motor Speedway, NASCAR’s third race of the season.

WASHINGTON - The 2022 NASCAR season revs up for another race with the Pennzoil 400 NASCAR Cup Series at the Las Vegas Motor Speedway Sunday.

Pennzoil 400 NASCAR Cup Series defending champion Kyle Larson will put his title on the line. Larson is the driver of the No. 5 Hendrick Motorsports Chevrolet; his victory last year in Vegas was his seventh win in the NASCAR Cup Series.

Larson is considered the favorite to win Sunday’s race but Tyler Reddick, driver of the No. 8 Richard Childress Racing Chevrolet, could be the biggest challenger to dethrone Larson, according to FOX Sports.

Reddick is a back-to-back NASCAR Xfinity Series champion, winning titles in 2018 for JR Motorsports and 2019 for Richard Childress Racing, making him the first driver to ever win back-to-back titles with different teams, according to NASCAR. 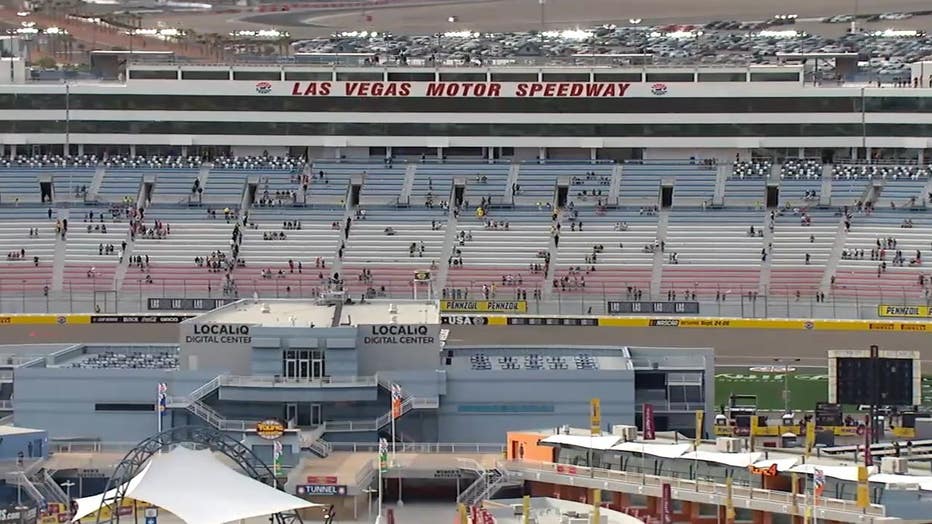 FOX Sports NASCAR analysts believe windy conditions could impact drivers during this weekend’s race, which will mark the 29th race hosted by Las Vegas Motor Speedway in the series’ history.

Las Vegas Motor Speedway opened in 1996 and the Cup Series held its first race at the track in 1998 with NASCAR Hall of Fame inductee Mark Martin taking home the first-ever checkered flag in Vegas.

The Roush Fenway Racing team has the most wins — seven — at the Pennzoil 400 in Vegas and NASCAR legend Jimmy Johnson holds the driver’s record with four wins.