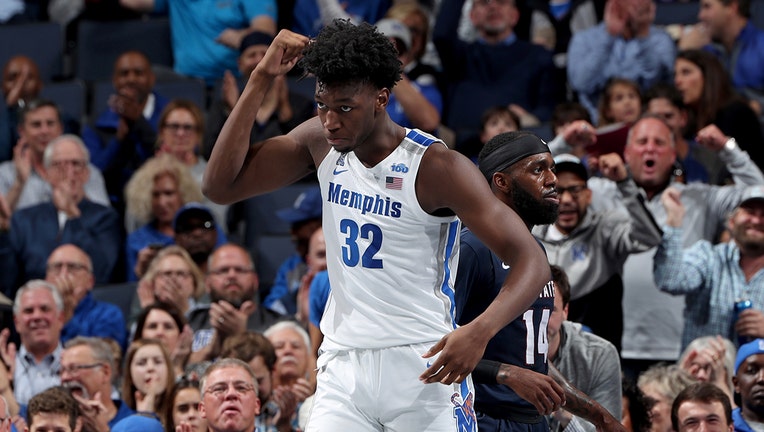 MEMPHIS, Tenn. (AP) - Memphis center James Wiseman has a temporary restraining order to play while the heralded freshman fights an NCAA ruling that he's ineligible to play for coach Penny Hardaway and the Tigers.

Memphis issued a statement Friday, less than an hour before the No. 14 Tigers played Illinois-Chicago, saying it is working with NCAA staff to fully restore Wiseman's eligibility.

Wiseman was the No. 1 recruit nationally and is projected as the top pick overall in the 2020 NBA draft.

Memphis says Wiseman was declared eligible by the NCAA in May. More information and investigation led to information that Hardaway, who was then coach of East High School, gave $11,500 in moving expenses to help Wiseman's family move from Nashville to Memphis in the summer of 2017.