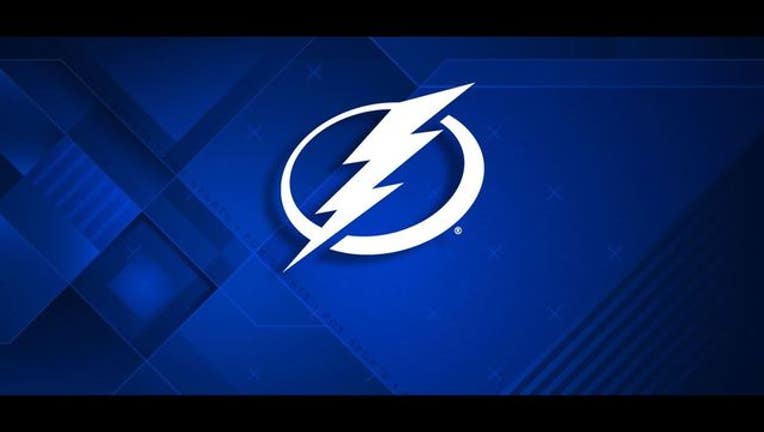 Paquette beat Carter Hutton, who had won his previous eight starts, from then top of the left circle.

Buffalo pulled even at 3 when Jack Eichel's pass from the left wing boards into slot went off Reinhart's skate at 5:39 of the second.

Eichel had two assists, giving him 25 this season.

Kucherov put the Lightning up 3-2 from the slot during a 3-on-1 with 4:05 left in the first. The right wing also had an assist, and has an eight-game point streak (three goals, 17 points). He set career high for points in a single month with 23.

After Girardi opened the scoring, Girgensons and Reinhart scored 63 seconds apart midway through the first. Killorn knotted it at 2-all just 43 seconds after Reinhart's goal.

Girardi couldn't put any weight on his right leg after a collision with Thompson five minutes into the game but returned 10 minute later.

Tampa Bay defenseman Ryan McDonagh went to the locker room at 11:50 of the first after being hit at the end boards by Eichel, who received a two-minute boarding penalty.

Sabres defenseman Jake McCabe departed in the second with an undisclosed injury.

NOTES: Lightning LW Ondrej Palat (foot) returned after missing 16 games. ... Tampa Bay D Anton Stralman (upper body) sat out his 10th consecutive game and will be re-evaluated next week.... Sabres D Marco Scandella (undisclosed) and LW Conor Sheary (upper body) were both out of the lineup but could play this week. Buffalo D Matt Hunwick (neck) has resumed practicing with the team.

Sabres: At Florida on Friday night.

Lightning: At Florida on Saturday night to start a three-game trip.