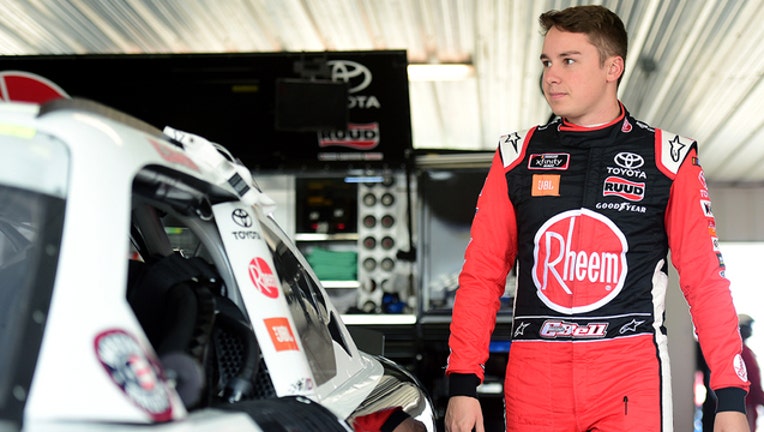 Christopher Bell, driver of the #20 Rheem Toyota, stands in the garage area during practice for the NASCAR Xfinity Series Pocono Green 250 at Pocono Raceway on May 31, 2019 in Long Pond, Pennsylvania. (Photo by Jared C. Tilton/Getty Images)

That's about all he knows about the situation at the moment.

The 24-year-old Bell has re-signed with JGR for 2020, but he isn't sure if he will be staying in the NASCAR Xfinity Series or moving up to the Cup Series.

"I'm good for another year," he said Friday. "I don't know what I'm going to be racing, but I will be somewhere."

Bell is one of NASCAR's best prospects. He won at Iowa Speedway on June 16 for his fourth Xfinity victory this season and second straight in Newton.

He is second in the series standings heading into Saturday's race at Chicagoland Speedway, trailing Tyler Reddick by 51 points.

Bell's success in the Xfinity Series is part of a terrific start to the season for Joe Gibbs' team. Cup drivers Martin Truex Jr. and Kyle Busch finished 1-2 at Sonoma last weekend. Truex and Busch have four wins apiece already this season.

Bell is facing a logjam when it comes to racing for JGR at the Cup level, but he doesn't sound too worried about his future at the moment.

"I love the Xfinity Series and I love the cars," he said. "I've said it multiple times, the rules package that we have right now is so much fun to drive. I love where I'm at and next year, I have no idea where I'm going to be at, but if I'm in Xfinity again, I have a lot of fun racing there and I'm OK with that."