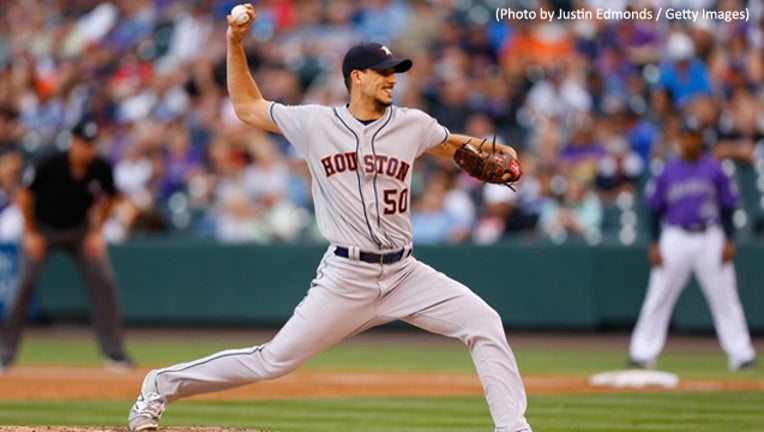 Starting pitcher Charlie Morton #50 of the Houston Astros delivers to home plate in the second inning against the Colorado Rockies during interleague play at Coors Field on July 25, 2018 in Denver, Colorado. (Photo by Justin Edmonds / Getty Images)

A person familiar with the agreement tells The Associated Press the contract is for two years and $30 million. The person spoke on condition of anonymity because the deal hasn't been officially announced.

The right-hander joins a Rays staff led by AL Cy Young Award winner Blake Snell. The Tampa Bay rotation was beset by injuries this year, and the team often used relief pitchers as starters in their "opener" strategy on their way to 90 wins.