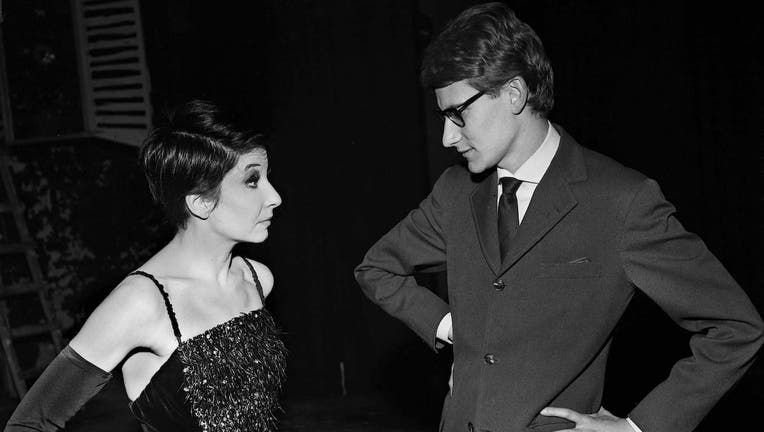 Chicago - Fashion has long held a fascination in Hollywood. Recently, "House of Gucci" and Netflix's limited series "Halston" stylishly captured the highs and lows of this beguiling industry. Sartorial theatricality lends itself to the bright lights of Tinseltown, ensuring overlap between the runway and the big screen. Trends are born from multiple mediums, but there is no denying the influence Hollywood has on the clothes we wear — and vice versa.

Legendary designer Yves Saint Laurent, who would have turned 86 on August 1, encapsulates this duality. (He died in June 2008.) His meteoric rise to fame occurred after World War II, which put a halt to frivolity; the war’s end meant the return of Parisian couture, and it returned with a vengeance. In 1947, Christian Dior took the world by storm with a collection that would change everything. "Harper’s Bazaar" editor-in-chief Carmel Snow coined the term "New Look" to describe what she witnessed during this debut show, which kick-started a fashion revolution.

The name stuck, and when the designer died unexpectedly ten years later at 52, his young assistant stepped into the role of head designer at Dior. Saint Laurent was only 21 years old when he took on this enormous responsibility, but his boss had previously recognized his immeasurable talent.

It is no wonder then that Saint Laurent has been the subject of several documentaries exploring his creations and working style ("The Drawings of Yves Saint Laurent"). The same can be said about his turbulent personal and professional life ("Yves Saint Laurent, Fire Starter"). Two biopics covering the most explosive years also chart this trajectory. To mark what would have been his 86th birthday, FOX Television Stations takes a look at the costume designers who paved the way for Saint Laurent in the movie biz, the couturier's work with French movie legend Catherine Deneuve and his lasting on-screen legacy.

Audiences take cues from the clothing they see on screen, and it was not uncommon for reproductions (or dress patterns) of eye-catching items to hit stores. In 1958, Helen Rose took the elegant white chiffon frock worn by Elizabeth Taylor in "Cat on a Hot Tin Roof" and sold copies in department stores like Bonwit Teller in New York for $250. Even with that hefty price tag (equivalent to $2,563.24 in 2022), Rose sold thousands of dresses — and odds are the same thing would happen today.

By no means are costume and fashion design the same thing, but there is a symbiotic relationship. Influential figures in both industries have tried their hand at the other with varying results. Coco Chanel's time in Tinseltown was not the success Samuel Goldwyn hoped it would be (her designs were too subtle for the silver screen). Still, Hubert de Givenchy proved far more successful in his enduring partnership with Audrey Hepburn in movies including "Sabrina," "Breakfast at Tiffany’s" and "Funny Face."

WATCH FREE ON TUBI: Audrey Hepburn in "The Children’s Hour" — get the app

Defining images of Hepburn clad in black looking in the Fifth Avenue store window are attributed to Givenchy, but Head co-designed this film. "I really didn’t care. Couture has copied my things for years, in addition to countless other costume designers, claiming theirs were the original ideas. It’s all part of the business, unfortunately," Head remarked in 1974 about work she did on "Sabrina" that was misattributed to Givenchy. Pairing the two disciplines can lead to unforgettable images; however, legendary stories aren’t always as they seem. 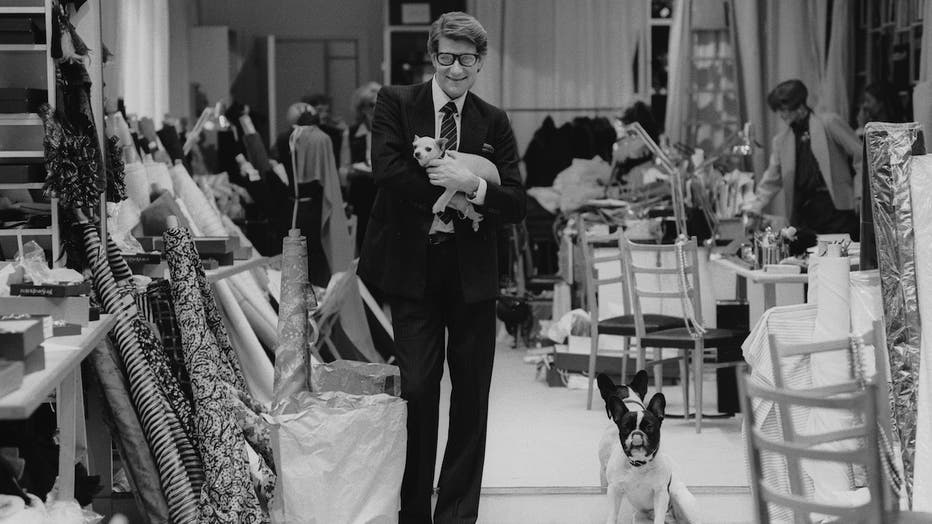 Saint Laurent started his brand in 1962 (he was fired from Dior in 1960), which is still going strong. Fashion was changing, and while he came from a world of exclusive haute couture, it was time to embrace Prêt-à-Porter (ready-to-wear). His first customer at his Paris brick-and-mortar store was actress Catherine Deneuve, and this creative collaboration spanned decades.

WATCH FREE ON TUBI: "The Drawings of Yves Saint Laurent" — get the app

This partnership continued in movies including "Mississippi Mermaid" in 1969 and Tony Scott’s feature debut "The Hunger" in 1983, which featured plunging necklines and exquisite accessorizing to reflect the designer’s love of Old Hollywood glam. This is evident in how Saint Laurent breathed new life into masculine-meets-feminine tailoring with tuxedos for women (called Le Smoking), inspired by Marlene Dietrich’s "Morocco" attire. This trend is now a staple, and Kristen Stewart put her spin on this look at the Oscars earlier this year.

Saint Laurent’s work with Deneuve raised his costume design game, but his first taste of movie set life was on "Pink Panther" in 1963. He created pieces for French model Capucine and Italian actress Claudia Cardinale. He also crafted pieces for Jean Seberg in "Moment to Moment" and Sophia Loren in "Arabesque." Paris in the ’60s was as stylish as London, and Saint Laurent’s contributions were vast.

Given Saint Laurent’s impact on the world of fashion and his starring role in the tabloid feeding frenzy surrounding theParisian jet set in the ‘60s and ‘70s, it is not surprising the designer received the biopic treatment in 2014. In fact, within one year, two titles told the story of his rise to fame — and that of those turbulent years. "Yves Saint Laurent," directed by Jalil Lespert, was released first, followed by Bertrand Bonello's "Saint Laurent." The latter didn’t have the support of Saint Laurent's partner, Pierre Berge.

Access to extensive archives gives "Yves Saint Laurent" the upper hand in aesthetics as well as costume design, as Madeline Fontaine used actual YSL items loaned Yves Saint Laurent Foundation. "Of course, we could not make any alterations to the original pieces either, so we had to cast the models for the fashion show scenes in a very unusual way by finding models that would fit the dresses," Fontaine told The Guardian in 2014. Authentic attire from the vault includes the defining tuxedo jacket and Mondrian dress. Considering his contribution to fashion and cinema, it is fitting that Yves Saint Laurent’s work takes center stage in retelling his life.

About the writer: Emma Fraser is a freelance culture writer with a focus on TV, movies, and costume design. She has contributed to Elle, The Daily Beast, IGN, Vulture, The Cut, Thrillist, Little White Lies, and more. Follow her on Twitter and Instagram: @frazbelina.