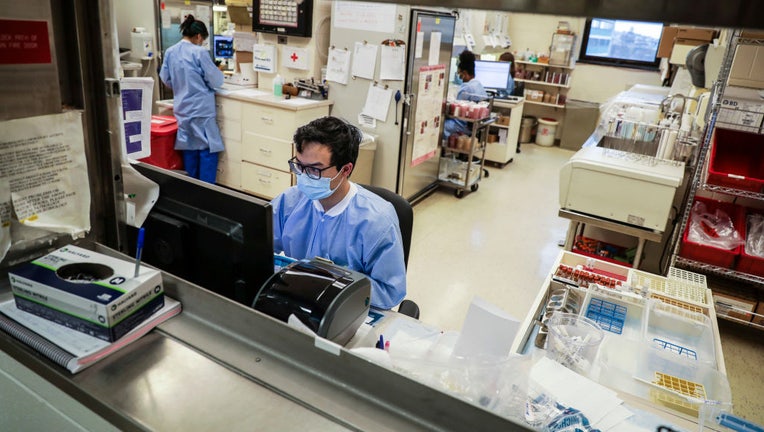 A hospital worker works at the receiving desk at a lab in Boston, Massachusetts on Nov. 12, 2020. (Erin Clark/The Boston Globe via Getty Images)

Working long hours at a job can occasionally come with the territory, but a new study suggests putting in a 40-plus hour work week in a stressful job can increase your risk of depression.

Researchers from the University of Michigan conducted a study involving more than 17,000 participants who were first-year medical residents between 2009-2020.

Findings for the report, published by the New England Journal of Medicine on Oct. 20, suggest that medical residents who worked 90 hours or more weekly had three times the risk of depression compared to those who worked 40 to 45 hours per week.

The study revealed that medical residents who worked fewer than 40 hours per week had an average score between 2 and 3, suggesting minor depression symptoms. But during their first year of residency, residents working 40 to 45 hours a week had their scores eclipse 2 points.

Medical residents logging 90-plus hours a week scored over 5 points, with a little over 33% of them meeting the criteria for depression.

The team concluded in their report that limiting the number of hours worked per week may reduce rates of depression among workers, the New England Journal of Medicine shared.