A Casselberry woman who has been named a suspect in her husband's murder attempted suicide, according to authorities.

LAKE MARY, Fla. - A Casselberry woman who has been named as a suspect in her husband's murder attempted suicide, according to authorities.

Sherry Lynne Fitzpatrick, 57, is charged with the first-degree murder of Timothy Fitzpatrick. The charge comes nearly a month after Casselberry police responded to a suspicious death after receiving a 911 call from a woman who identified herself as Sherry Fitzpatrick.

"After stating to police that she and her husband had had an argument the night before and noting that she had slept in the separate detached mother-in-law suite/office, Mrs. Fitzpatrick told officers that she found her husband unresponsive on the floor of their master bedroom that morning," Casselberry Police said.

Officers said there was a pool of dried blood next to the man's head. He was pronounced dead by paramedics at the scene. 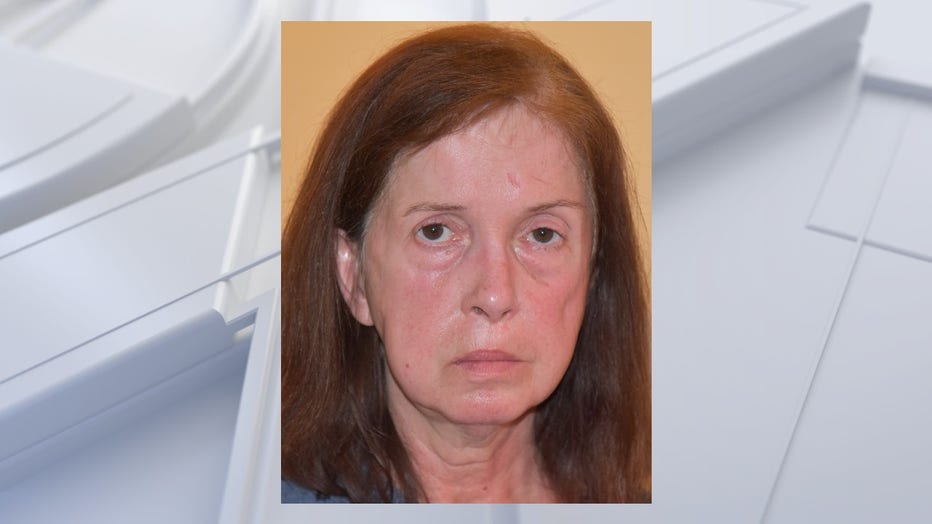 Medical examiners determined that the deceased had two gunshot wounds to the abdomen and neck.

No gun was found next to the deceased; however, police found a .45 caliber handgun in the drawer of a nightstand in the bedroom, investigators said.

A homicide investigation culminated in an August 10 interview with Fitzpatrick at her residence where she provided a revised statement about her husband’s death, according to detectives.

"Casselberry Police detectives attempted to allow Fitzpatrick to turn herself in at the Seminole County Jail; however, they were unable to contact her. Information received by the detectives believed she was at a residence in Volusia County.  With the assistance of the Volusia County Sheriff’s Office, entry was made in the home where Fitzpatrick was found unresponsive in what appeared to be a suicide attempt," Casselberry Police said.

Fitzpatrick was transported to a local medical facility where she is being treated. She is expected to recover and once released will be taken to the Volusia County jail and booked under the warrant charging her with first-degree murder.

The Seminole County State Attorney’s Office is expected to present the case before a grand jury in the coming weeks.