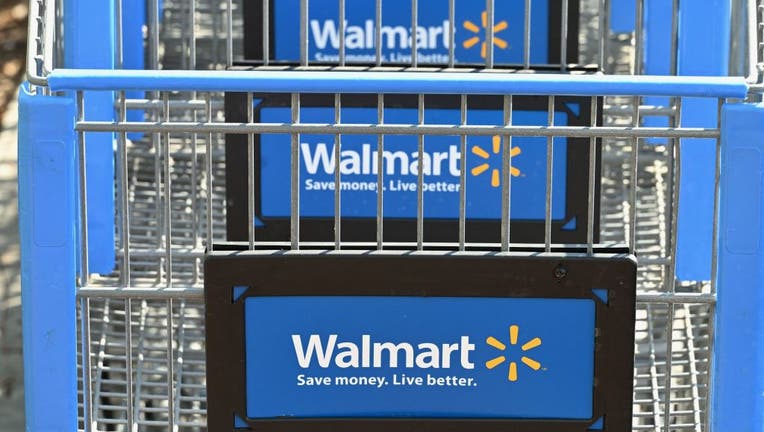 Shopping carts with the Walmart logo are seen outside a Walmart store in Burbank, California on August 15, 2022. - Walmart, the largest retailer the United States, will report second quarter earnings on August 16, 2022. (Photo by Robyn Beck / AFP) (P

A woman in Oklahoma climbed through the sunroof of a vehicle parked outside a Walmart this week to rescue two 2-year-olds left inside, according to reports.

The vehicle was reportedly parked in direct sunlight during a 98-degree day.

Elizabeta Babb, 33, was arrested after she exited an Oklahoma City Walmart after shopping for over a half hour while her two toddlers were strapped in their car seats.

The 2-year-old girls were reportedly "unresponsive and buckled in their car seats" when they were found.

FLORIDA CHILD DIES AFTER BEING LEFT IN A HOT CAR, 11TH IN US THIS YEAR: 'HORRIBLE — AND YET WE EXPECT IT'

"A retired police officer working security for Walmart stated the vehicle was hot to the touch, and she burned her hand as she attempted to make entry," Oklahoma police said, according to local reporting.

An unidentified woman crawled through the open sunroof to rescue the girls as others in the parking lot attempted to open the car doors.

The children were reportedly in shock and crying after being taken from the vehicle and placed in a security vehicle with air conditioning.

According to local reports, Walmart officials called for the driver of the vehicle to come outside, but Babb did not exit the store until she checked out.

Babb apparently told authorities she had been in the store for "five minutes."

But, according to surveillance footage, she was in the store 35 minutes.

Fox News could not immediately reach the Oklahoma City Police Department for comment.