WINTER PARK, Fla. - The City of Winter Park is in a tough situation, having to decide between the wishes of businesses and that of residents.

The City requires businesses in the Hannibal Square district to close at 11 p.m. during the week, midnight on the weekends. Yet, everywhere else in Winter Park can stay open and bring in revenue until 2 a.m.

“There’s so many homes and apartments in a much closer proximity,” said Jeff Briggs, Planning Director, City of Winter Park.

The rule has been in effect for several decades but the City is now considering changing the ordinance, to level the playing field. This comes after Dexter’s restaurant, which regularly offered live music, relocated.

“Make the hours the same as they are on Park Avenue, but to do that, we have to protect the folks that live nearby from the sounds of restaurants, mostly the sounds of live music, drums, shredding guitars,” said Briggs.

A 10 p.m. live music cut-off would accompany the new ordinance.

One business owner at Hannibal square says he’s losing a ton of money.

Vincent Gagliano is the owner and head chef of Chez Vincent on New England Avenue in the heart of Hannibal Square. He says that he’s lost close to a million dollars due to the City-mandated early closing times. 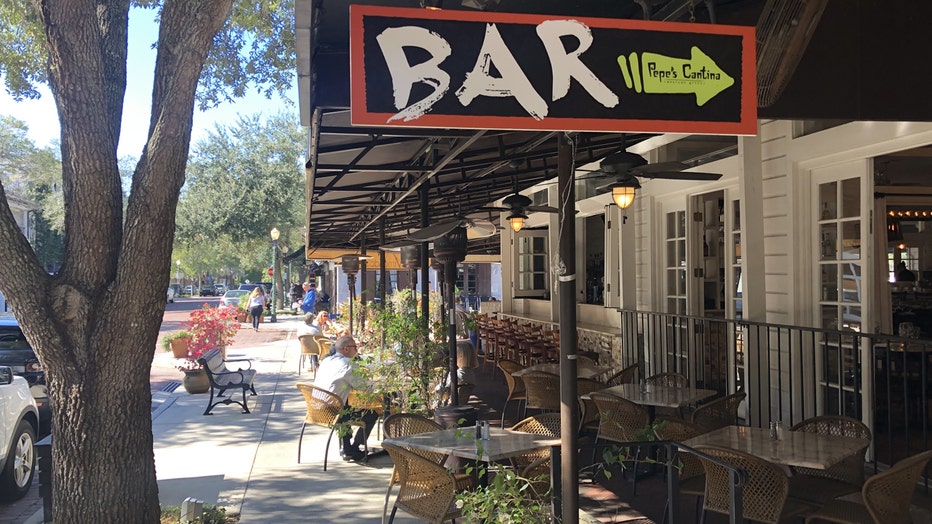 “I’m not asking for any favor, just to be treated like everybody else on Park Avenue, Fairbanks or 1792,” said Gaglliano.

The proposed change, though good for the businesses in the Hannibal Square district, some residents are not happy to hear about it.

“When are the residents down here gonna matter, when are their voices going to come above all of what they want to do,” said Lawanda Thompson, a concerned resident.

Lawanda Thompson has stepped up as a voice for her neighborhood.

“I don’t think it’s the best thing to do, I think it’s going to cause problems for our neighborhood,” said Thompson.

She’s afraid of the district, 2 blocks from her home, turning into a loud and rowdy hot spot.

“I think that’s what Park Ave. is for and I think we’re a different type of business district, so that it matches with the residents here,” said Thompson.

Gagliano is hoping City leaders side with him.

“It’s not right, I think everyone should be treated at the same level,” said Gagliano.

The new ordinance goes before Winter Park City Council Monday for a preliminary vote, if approved, the final vote would take place in December and the changes would be in effect, immediately.