Winter Haven police released this surveillance footage from inside a Walmart where a woman tried to walk out with a full cart of unpaid items, they said. Then, she tossed a Barbie doll box at one of the employees.

WINTER HAVEN, Fla. - Winter Haven police are trying to search for a woman who tried to exit a Walmart store with a cart full of unpaid items but was stopped by several employees. At one point, she throws a Barbie doll box at one of the workers.

Police released surveillance video of the encounter, which took place on Feb. 2 around 1 p.m. The Walmart is located at 355 Cypress Gardens Boulevard. In the video, the unidentified woman was seen arriving at the self-checkout line with various items, including silk flowers, toys, and groceries.

Police said she lingers for a while, then starts looking at other items nearby.

"She then walks away with the full cart," according to a news release from the police department, "ultimately being stopped at the doors. She is escorted back where she proceeds to argue - a lot. Getting louder and louder, then claiming, ‘Get the manager Kim. I have an employee discount and I get my groceries for free.’ News flash - there is no manager named Kim at the store." 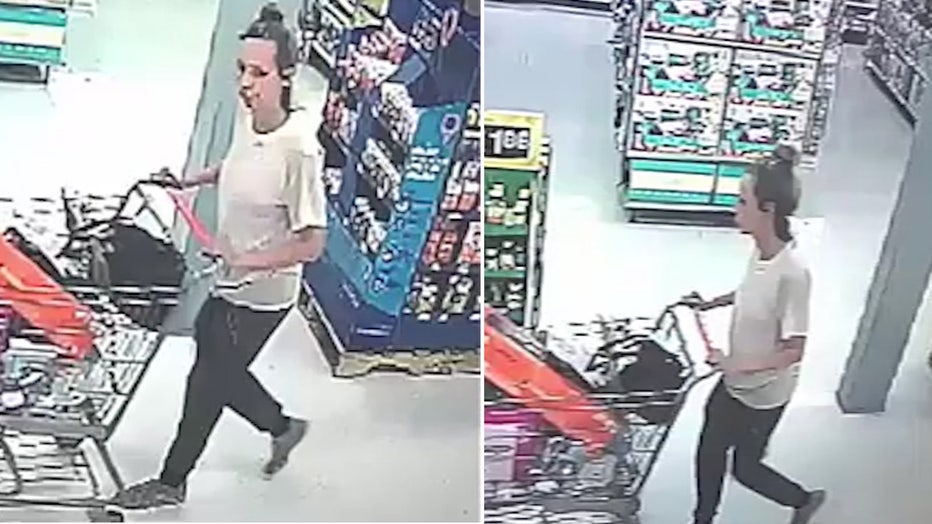 The video shows the woman removing a Barbie doll from the cart, walking away, and saying she will pay for it, police said. However, one of the employees told her to come back and use the register.

"She comes back all right. Throws the box at the associate hitting her in the face causing a small laceration on her lip," police said. "Although it's difficult to see here, witnesses said the woman had green hands and hair, apparently from a recent hair dye treatment." 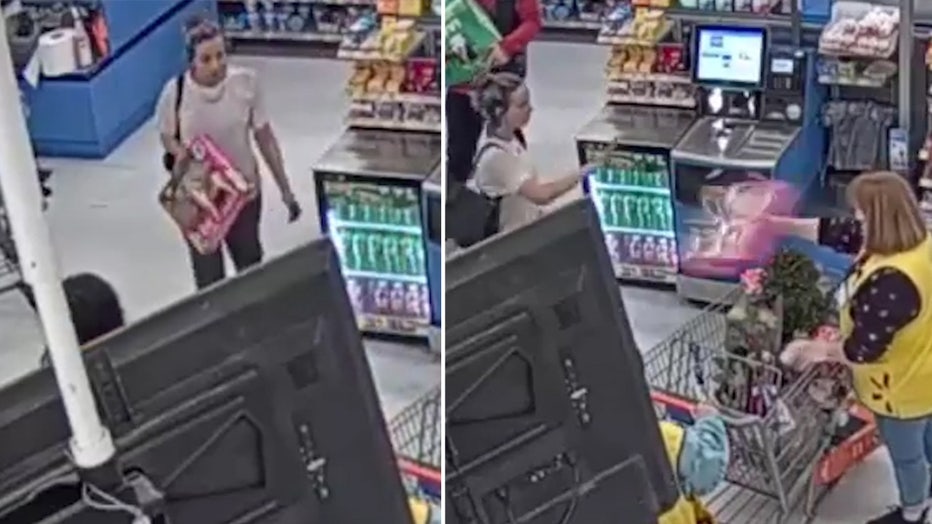 Anyone with information on the woman's identity is asked to call the Winter Haven Police Department at 863-662-0392. Anonymous tips can be submitted to Heartland Crime Stoppers at 1-800-226-8477 or online at www.heartlandcrimestoppers.com.