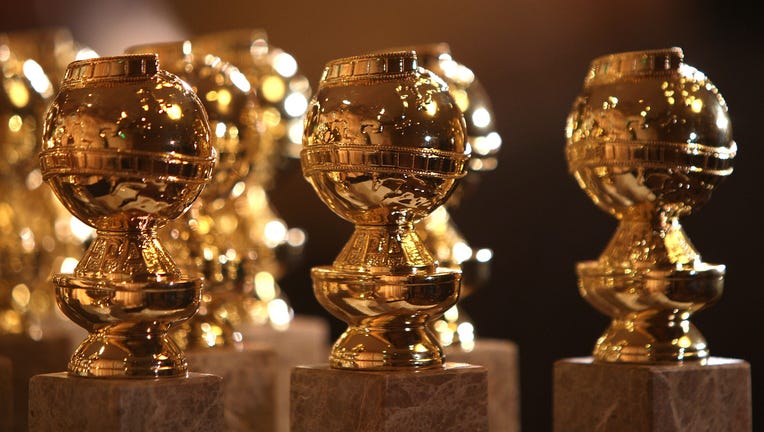 FILE: The new 2009 Golden Globe statuettes are on display during an unveiling by the Hollywood Foreign Press Association at the Beverly Hilton Hotel on January 6, 2009. (Photo by Frazer Harrison/Getty Images)

Comedian Ricky Gervais will host this year’s ceremony. It is his fifth time hosting the star-studded affair, despite his past controversial stints emceeing the show.

Four-time Golden Globe winner Tom Hanks will receive the Cecil B. DeMille Award, an honorary award for outstanding contributions to the world of film.

Ellen DeGeneres will be honored with the Carol Burnett Award, which highlights achievement in television. The talk-show host has previously been nominated for multiple Golden Globe Awards.

This year’s awards ceremony will feature a 100% plant-based menu, a move in which the HFPA hopes will raise environmental awareness about food consumption and waste.

“If there’s a way we can, not change the world, but save the planet, maybe we can get the Golden Globes to send a signal and draw attention to the issue about climate change,” HFPA president Lorenzo Soria said.

Netflix dominated the Golden Globe Awards’ top categories in film and TV, with originals like “The Irishman,” “The Two Popes,” “Marriage Story,” “The Crown,” and “Unbelievable” racking up the most nominations of the night.

The Golden Globes has previously been criticized for shutting out female directors. No woman was nominated in the Best Director category this year, despite a record number of female directors who directed top-grossing films in 2019.