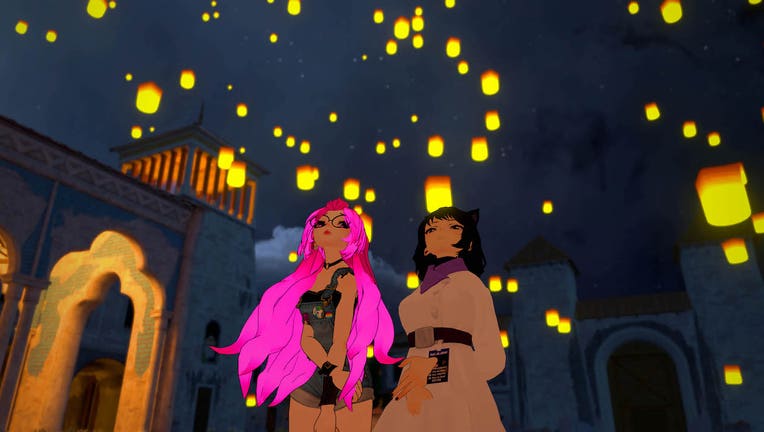 A still from "We Met in Virtual Reality" by Joe Hunting, an official selection of the World Cinema: Documentary Competition at the 2022 Sundance Film Festival. Courtesy of Sundance Institute | photo by Joe Hunting.

Chicago - Editor's note: This review originally ran as part of our coverage of the 2022 Sundance Film Festival on Jan. 26, 2022. It has been republished in light of the film's debut on HBO and HBO Max on July 27.

While the COVID-19 pandemic forced us all to turn to the Internet to find community (largely through Zoom and/or more traditional social media), VRChat offers a more immersive, creative experience: Users of the online virtual world platform can create their own avatars and worlds, allowing them to dream up a digital self of infinite possibility. Want to look like a buxom catgirl? Have at it. A spiky-haired anime character with rippling muscles? More power to you. Kermit the Frog? You do you, boo.

RELATED: ‘Fire of Love’ review: An explosively great documentary is one of the year's best films

But the heartwarming key to Joe Hunting’s inviting, humanistic documentary "We Met in Virtual Reality" is the utter lack of condescension he exhibits toward his subjects. Tracking a number of communities in VRChat, including several couples who met on the platform and now engage in long-distance relationships, Hunting focuses on the freedom these kaleidoscopic virtual worlds lend to their inhabitants. We see neurodivergent people seeking the comfort of community, queer folks using the freedom of their avatars to explore their true selves, women exploring their sexual freedom in the anonymity of digital space and so on. 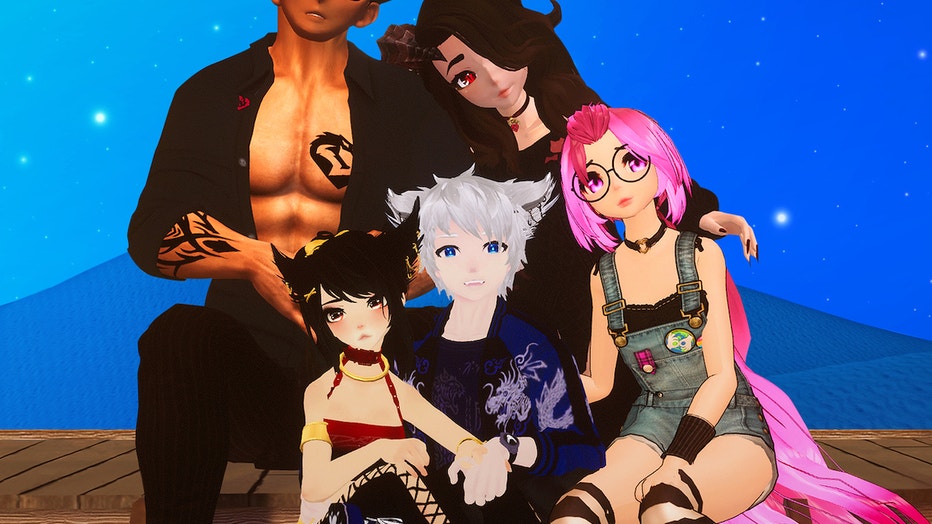 Photograph by Courtesy of HBO

Tucked away in these manufactured worlds, Hunting’s subjects have found a place to call their own — to fall in love, to explore themselves, to while away a few short hours and leave the trials of the workday behind in a place where they won’t be judged. Yes, there are giggles to be had at the sight of glitching avatars of increasing levels of ridiculousness talking to each other in fantastical environments or the wonky physics of VR pool games.

WATCH FREE ON TUBI: The mind-bending virtual reality of "The Matrix"

But the sound of the held-back tears in someone’s voice as they walk down a virtual aisle to marry their sweetheart, or the sight of a Deaf user signing goodbye to a brother lost to suicide before sending their soul to rest in a virtual lantern ceremony — those moments tell a very different story. As virtual as the venue may be, the love and connections formed inside it are as tear-jerkingly human as they come.

Make it a double feature with "Jupiter Ascending," streaming free on Tubi

Jupiter Ascending (2015): Like a lot of the Wachowskis’ post-"Matrix" output, "Jupiter Ascending" is the sort of gonzo swing that definitely isn’t for everyone. But once you embrace the unexpectedly earnest tone of this sci-fi fairy tale romance, it has plenty of rollicking action fun to offer. Rated PG-13. 127 minutes. Dir: The Wachowskis. Featuring: Mila Kunis, Channing Tatum, Sean Bean, Eddie Redmayne.

"Jupiter Ascending" is streaming free on Tubi — get the app

How to watch "We Met in Virtual Reality"

"We Met in Virtual Reality" premieres on HBO on July 27 at 9 p.m. ET. It will also be available to stream through HBO Max.