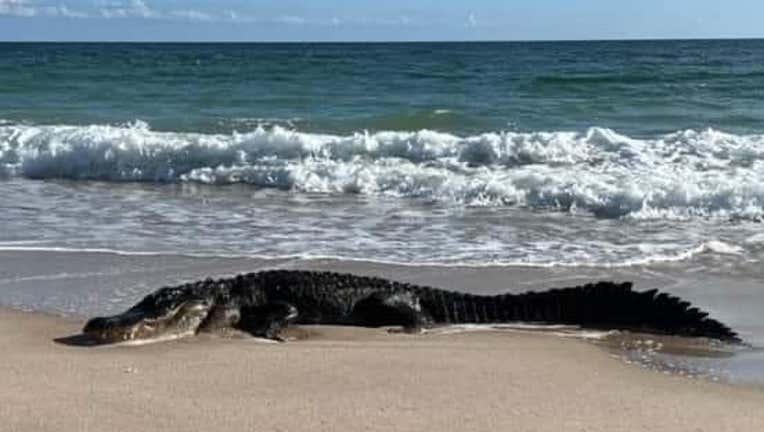 MELBOURNE, Fla. - A large alligator decided to kick off the weekend with a day at the beach in Florida!

Kyle Hussey tells FOX 35 News he was at Melbourne Beach on Oct. 14 when the gator – estimated to be about 10-feet long – came swimming up to the shore from the ocean. The gator then took a little break by laying in the surf, soaking up the Florida sun.

"Definitely something you don’t see every day," he said. 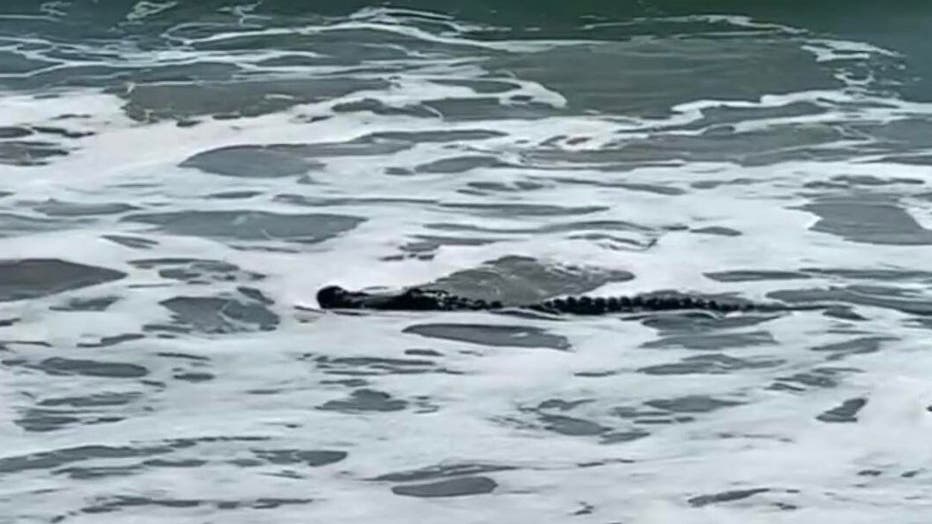 Hussey posted the photo to the Brevard County Surf Fishing Report Facebook page with the caption ‘Watch your toes' – which quickly got shared thousands of times on social media.

He says after spending some time on the beach, a Florida Fish and Wildlife officer showed up and the gator escaped into the waves. Hussey says he left and isn't sure what happened to the gator after that.

According to NOAA, while alligators can tolerate salt water for a few hours or even days, they are primarily freshwater animals, living in swampy areas, rivers, streams, lakes, and ponds.

This is the second viral sighting of an alligator at a Florida beach this month. Last week, a massive gator was pulled from the waves at Delray Beach.

People with concerns about an alligator should call FWC’s toll-free Nuisance Alligator Hotline at 866-FWC-GATOR (866-392-4286), and they will dispatch a contracted nuisance alligator trapper to resolve the situation.