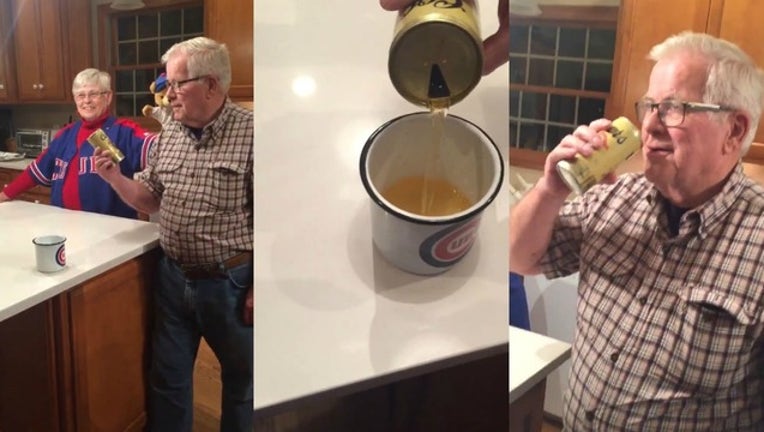 The historic 10-inning Game 7 win over the Cleveland Indians sparked lots of viral moments, but this one might be our favorite so far.

In a video that's quickly spread on social media, the Cub-loving man opened a can of Coors beer that he stashed in his refrigerator 32 years ago.

"[My] grandpa put this beer in his fridge 32 years ago and said he would open it when the cubs won the world series. today was that day," a high school junior named Grace posted on Twitter.