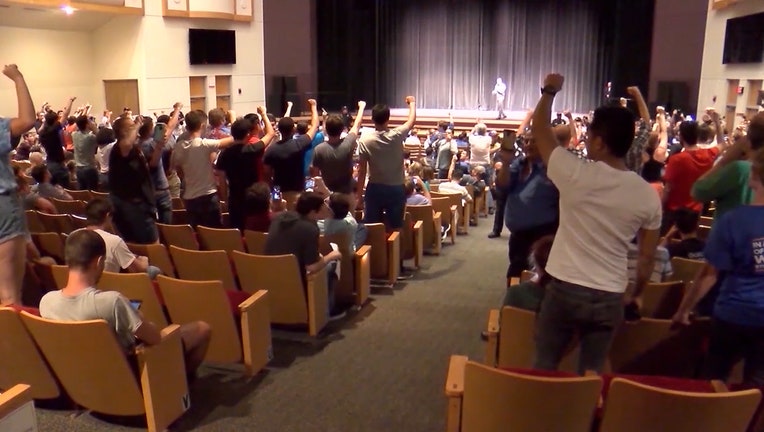 GAINESVILLE, Fla. - Donald Trump, Jr.’s visit to the University of Florida is expected to cause protests on campus. All tickets to the event have been given out.

“I’m super excited about that,” Turning Point USA at UF member Carter Mermer said. “It’s awesome that the university is allowing him to speak for free for all of us.”

However, the visit has been met with some opposition. Mainly because of the fact the campus organization that invited Donald Trump, Jr. to speak paid him $50,000 to do so.

“We’re a school,” student Yadira Garcia said. “We’re not supposed to be paying the money for political campaigning.”

The university issued a statement saying that the money used is from student activity fees and does not come from tuition. Still, several student groups, including one called “No Nazis at UF” have organized protests for the event.

FOX 35 found students, on both sides of the issue, who are a part of different political groups at information tables on campus Thursday.

“I hope they don’t try to disrupt the event in terms of ruining it and completely shutting it down, but they have every right to say what they want about the event,” UF Young Americans for Freedom member Susanna Goewey said.

“We have a lot of international students,” UF College Democrats member Ryan Wilder said. “We have people from different backgrounds, especially in this plaza itself, that do not feel safe with Donald Trump’s or his son’s rhetoric.”

There will be security at the event. No bags or signs will be allowed inside.