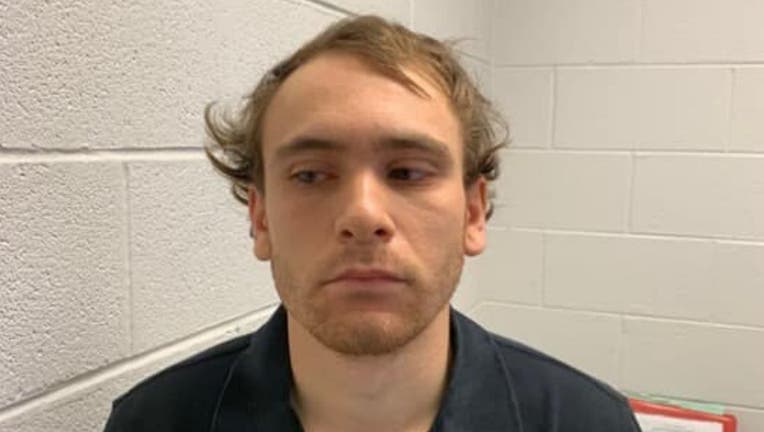 LOCUST GROVE, Va. - A Virginia man accused of threatening to kill protesters and burn property was jailed after a sheriff’s investigation.

Michael M. Hanson, 24, was charged Thursday with threatening to burn or bomb and knowingly communicating a threat to kill or do bodily injury with intent to commit an act of terrorism, the Orange County Sheriff’s Office said in a statement.

Authorities said that multiple concerned people reported Wednesday that Hanson had allegedly made a post on social media in which he claimed he wanted to kill protesters and burn houses and cars.

The sheriff’s office did not specify what protesters were being targeted.

RELATED: Protesters pour into DC for city's largest demonstration yet

Hanson was booked into jail without bond and was set to appear in court Friday, officials said.

It was unclear whether he had an attorney who could comment on his behalf.