Van Gogh was recused from a North Carolina dog fighting ring, which left him with severe injuries, including a mutilated ear and several lacerations throughout his body. (Credit: Jaclyn Gartner/Happily Furever After Rescue)

BETHEL, Connect. - A one-eared dog named Van Gogh is in the spotlight for using his tongue to create works of art for his rescue.

Van Gogh, a 7-year-old boxer-pit bull mix was rescued from a North Carolina dog fighting ring, which left him with severe injuries, including a mutilated ear and several lacerations throughout his body, the Happily Furever After Rescue said.

According to the rescue organization, located in Bethel, Connecticut, he was named after the legendary painter after his ear had to be amputated upon arriving at the shelter. 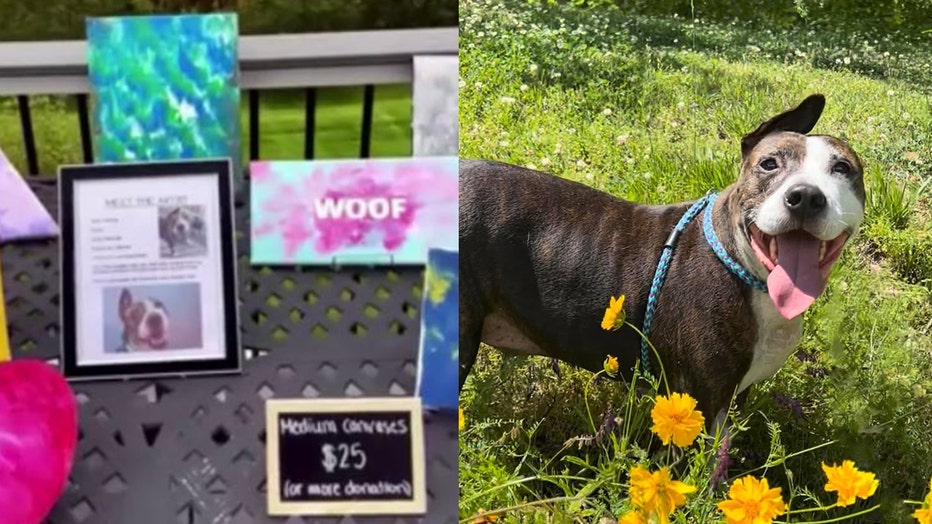 The center held a gallery of Van Gogh's artwork to see if they could find someone to adopt him. (Credit: Jaclyn Gartner/Happily Furever After Rescue)

During his time, Van Gogh learned to paint with his tongue when Jaclyn Gartner, the founder of the rescue, came up with the idea to place a canvas with paint inside a peanut butter-coated plastic bag.

"I actually saw the idea on TikTok over two years ago and thought it was clever," Gartner told FOX Television Stations. "Dogs get a special treat and in turn, create beautiful works of art. With the name Van Gogh, I thought it would make for a fun idea for an event since he has been unable to attend our adoption events being dog selective."

The center held a gallery of his pieces to see if they could find someone to adopt him. Gartner shared she was disappointed when only two people showed up for his art gallery debut since it was one of the "most amazing things" to happen to their small, local rescue. 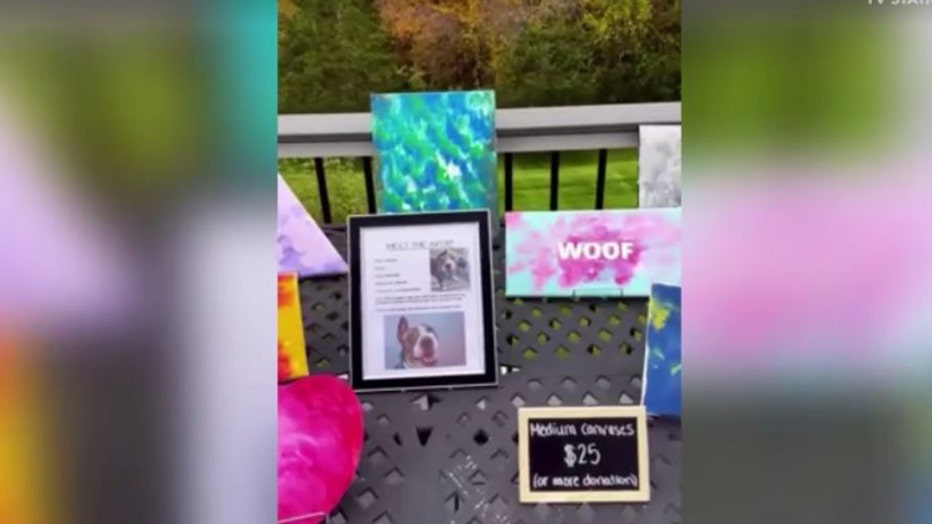 Since Van Gogh's story went viral, Gartner said there has been interest from adopters all over the world.

"The exposure for Van Gogh and the rescue has been such a blessing!," Gartner continued. "Van Gogh is such a special dog, and he deserves all the attention he's getting from people and rescue supporters from all over the world! I certainly did not expect this, but I am incredibly grateful for the opportunity."

The organization hopes to have Van Gogh in his forever home sometime this month.

Gartner added, "Simply put, Van Gogh is a complete heartthrob. Anyone who meets him instantly falls in love. He is well-mannered and has the sweetest demeanor. Despite all the trauma he has endured, he still loves people and is always in good spirits. He wants nothing more than to cuddle up next to his person on the couch and be by your side."

You can learn more about Happily Furever After Rescue here.