It's dubbed the apex predator of roller coasters more than two years in the making the Jurassic World VelociCoaster opens June 10 at Universal Orlando. FOX 35's David Martin chats with enthusiasts who have been on it already several times.

The theme park announced on Saturday that 1,000,000 people have ridden the Jurassic World: VelociCoaster.

RELATED: FOX 35 gets inside look at Jurassic World's VelociCoaster at Universal's Islands of Adventure

"Rode it on Monday! Wow, what a ride!!! Most thrilling ride I’ve ever been on," wrote one rider.

Another said, "Best ride ever I would do it a million times."

VelociCoaster officially opened on June 10 at the Islands of Adventure park but had been letting riders preview it for about a month. On opening day, Universal's app listed the wait time as hours long.

It has been described as "a series of intense maneuvers that will send guests catapulting up to 70 mph and more than 150 feet in the air with the swiftest of prehistoric predators" by the theme park company. 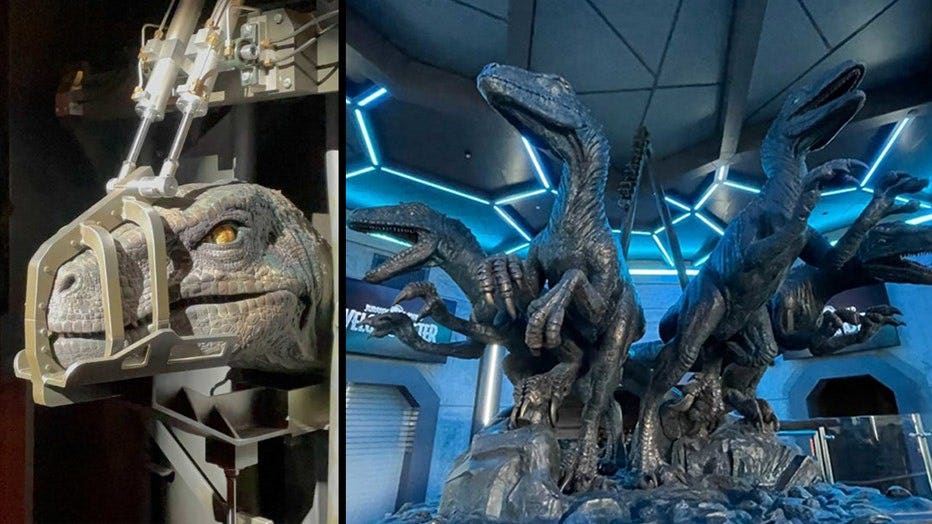 The ride is the world’s first coaster based on the blockbuster franchise and will feature an original story "that expands upon the thrills, dinosaurs, and environments fans have seen on the big screen."

Rider tip: a VelociCoaster team member told FOX 35 News that riding in the front row offers the best view, but you'll feel the twists and turns of the ride more in the very back row. He also said to make sure you put your hands in the air during the barrel roll!