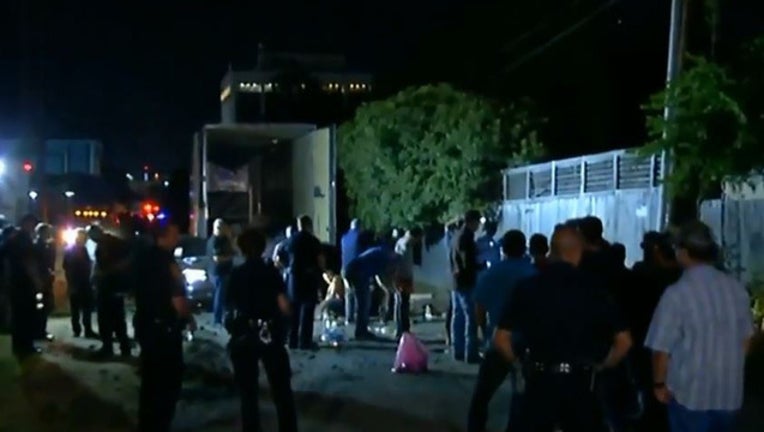 According to reports from FOX affiliate KABB-TV, the immigrants were found inside a big rig that was located just across the highway from the San Antonio International Airport, and 55 people, including some minors were found, citing the city's fire chief, Charles Hood.