There is extensive damage inside and outside of the business.

“It is a real shocker,” Angela’s Restaurant Supplies owner Angela Reed said. She told FOX 35 News that a truck and a car crashed into her business on West International Speedway Boulevard.

“He skid and came crashing through,” Reed said. “As you can see, moved the fence, broke the wall, the windows. Moved the equipment.”

There is extensive damage inside and outside of the business. For example, there is shattered glass, crumbled bricks and cinderblocks and several pieces of equipment damaged.

Reed has called in help to clean up the mess, but she said that this is the worst part of all this. 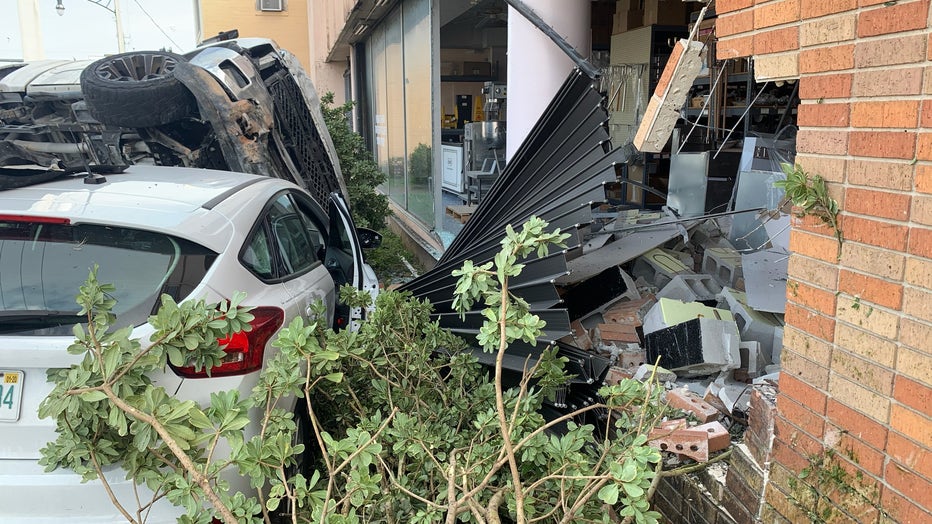 “The length of time to clean up and fix up and renovate [is the worst part]” Reed said. “That’s always a problem, but like I said, you have to go on. There is nothing you can do about it. It just will happen.”

According to her, two people involved in the crash were taken to the hospital.  Reed said she hopes they are okay and is thankful this wasn’t worse.

FOX 35 News has contacted police to try to learn more about this crash, including how the people in the cars are doing and if there will be any charges in the crash.