Queen Elizabeth ll: A look back at her reign

Queen Elizabeth II had a pancake recipe that she favored — and reportedly sent it to President Dwight D. Eisenhower.

Her funeral will take place on Monday at Westminster Abbey, with a private burial later that day.

Reddit users recently shared the decades-old pancake recipe that the queen included in the letter she wrote to President Eisenhower back in 1960.

That letter is included in the National Archives.

The monarch met Eisenhower for the first time in 1957 at a White House State banquet when she was 31 years old (the queen met with 13 U.S. presidents over the years). 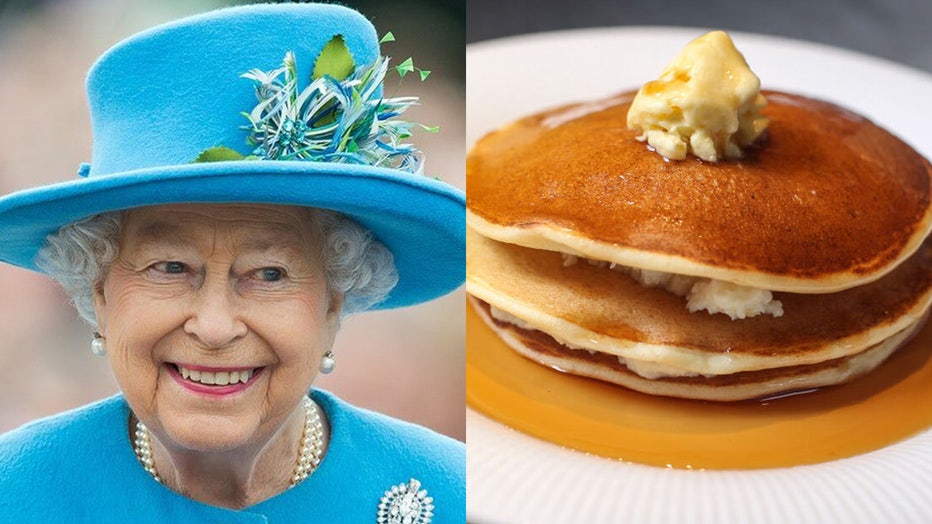 The queen reportedly wrote the letter with the recipe included after Eisenhower and his wife, Mamie, visited with Queen Elizabeth at Balmoral, her Scottish castle.

"Seeing a picture of you in today’s newspaper standing in front of a barbecue grilling quail reminded me that I had never sent you the recipe of the drop scones which I promised you at Balmoral," she wrote in the letter.

"I now hasten to do so, and I do hope you will find them successful."

The queen went on to share her recipe for her "drop scones," which are dolloped onto a griddle or pan.

They're reportedly a heartier, thicker version of standard American pancakes.

Want to make pancakes fit for a queen?

Here's her recipe, as included in the National Archives.

Instructions from the queen

Beat eggs, sugar and about half the milk together.

Add flour and mix well together.

Add the remainder of milk as required — "also, bicarbonate and cream of tartar."

Fold in the melted butter.

The queen also advised the president that "when there are fewer, I generally put in less flour and milk but use other ingredients as stated."

She also wrote, "I have also tried using golden syrup or treacle instead of only sugar, and that can be very good, too."

She noted as well, "The mixture needs a great deal of beating while making and shouldn’t stand about too long before cooking."

"A bowl of Special K with some assorted fruits [was] apparently her go-to meal to get the day started the right way," the outlet reported.

"On special occasions, she allegedly [treated] herself to some scrambled eggs and smoked salmon if she [felt] like it!"