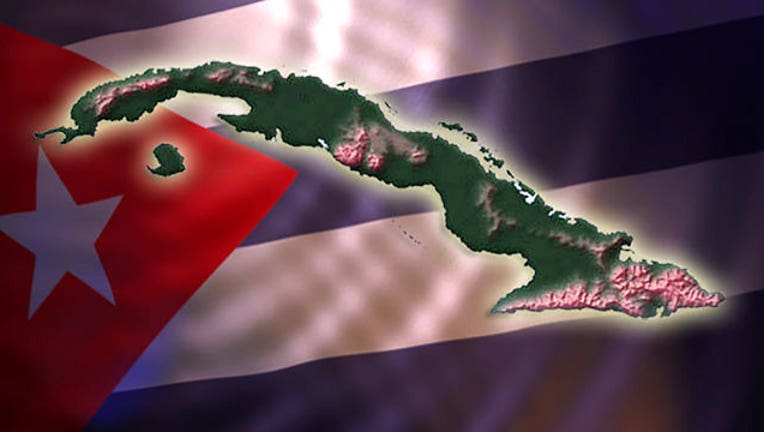 WASHINGTON (AP) - Stopping short of a complete turnabout, President Donald Trump is expected Friday to announce a revised Cuba policy aimed at stopping the flow of U.S. cash to the country's military and security services while maintaining diplomatic relations and allowing U.S. airlines and cruise ships to continue service to the island.

In a speech Friday at a Miami theater associated with Cuban exiles, Trump will cast the policy moves as fulfillment of a promise he made during last year's presidential campaign to reverse then-President Barack Obama's diplomatic re-engagement with the island after decades of estrangement.

Senior White House officials who briefed reporters Thursday on the coming announcement said Obama's overtures had enriched Cuba's military while repression increased on the island. The officials spoke on condition of anonymity to discuss the policy before Trump announces it, despite the president's regular criticism of the use of anonymous sources.

The moves to be announced by Trump are only a partial reversal of Obama's policies, however. And they will saddle the U.S. government with the complicated task of policing U.S. travel to Cuba to make sure there are no transactions with the military-linked conglomerate that runs much of the Cuban economy.

By restricting individual U.S. travel to Cuba, the new policy also risks cutting off a major source of income for Cuba's private business sector, which the policy is meant to support.

Under the expected changes, the U.S. will ban American financial transactions with the dozens of enterprises run by the military-linked corporation GAESA, which operates dozens of hotels, tour buses, restaurants and other facilities.

Most U.S. travelers to Cuba will again be required to visit the island as part of organized tour groups run by American companies. The rules also require a daylong schedule of activities designed to expose the travelers to ordinary Cubans. But because Cuban rules requires tour groups to have government guides and use state-run tour buses, the requirement has given the Cuban government near-total control of travelers' itineraries and funneled much of their spending to state enterprises.

The U.S. Embassy in Havana, which reopened in August 2015, will remain as a full-fledged diplomatic outpost. Trump isn't overturning Obama's decision to end the "wet foot, dry foot" policy that allowed most Cuban migrants who made it onto U.S. soil to stay and eventually become legal permanent residents.

Also not expected are any changes to U.S. regulations governing what items Americans can bring back from Cuba, including the rum and cigars produced by state-run enterprises.

More details about the changes are expected to be released Friday, when the new policy is set to take effect. But none of the changes will become effective until the Treasury Department issues new regulations, which could take months. That means that any U.S. traveler currently booked on a flight to Cuba in the next few weeks, or even months, could go ahead and make the trip.

Critics said the changes would only hurt everyday Cubans who work in the private sector and depend on American visitors to help provide for their families. Supporters expressed appreciation for Trump's emphasis on human rights in Cuba.

Obama announced in December 2014 that he and Cuban leader Raul Castro were restoring diplomatic ties between their countries, arguing that the policy the U.S. had pursued for decades had failed to bring about change and that it was time to try a new approach.

The U.S. severed diplomatic relations with Cuba in 1961 after Fidel Castro's revolution. It spent subsequent decades trying to either overthrow the Cuban government or isolate the island, including toughening an economic embargo first imposed by President Dwight D. Eisenhower. The embargo remains in place and unchanged by Trump's policy. Only the U.S. Congress can lift the embargo, and lawmakers, especially those of Cuban heritage, like Sen. Marco Rubio, R-Fla., have shown no interest in doing so.

The son of a Cuban immigrant, Rubio opposed Obama's re-engagement with Cuba, saying Obama was making concessions to an "odious regime."

Trump aides said Thursday that Rubio was "very helpful" to the administration as it spent months reviewing the policy. The senator, who challenged Trump for the Republican presidential nomination, was expected to travel with the president aboard Air Force One and appear with him at Friday's announcement.

The change in the U.S. posture toward Cuba under Trump marks the latest policy about-face by the president.

While campaigning last year in Miami, which is home to a large Cuban-American population, Trump pledged to reverse Obama's efforts to normalize relations with Cuba unless it met certain "demands," including granting Cubans religious and political freedom, and releasing all political prisoners. He said he would "stand with the Cuban people in their fight against communist oppression," and went on to win about half the Cuban vote in Florida in the presidential election.

Trump had previously said he supported restoring diplomatic relations but wished the U.S. had negotiated a better deal.

For the announcement, the White House chose to have Trump speak at the Manuel Artime Theate in Miami. The theater is named for an exile leader of the Bay of Pigs veterans' association that endorsed Trump last October.