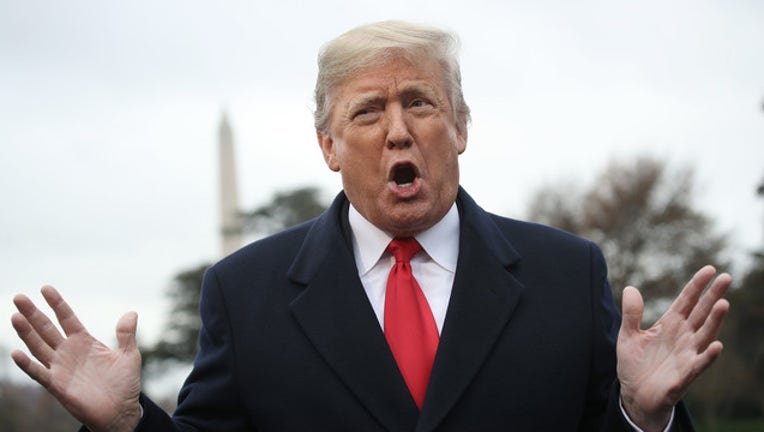 WASHINGTON, D.C. (FOX NEWS) -- Speaking to reporters outside the White House before traveling to Mississippi for two campaign rallies, President Trump defended U.S. Border Patrol authorities for using tear gas to repel a crowd of caravan migrants who rushed toward the border on Sunday afternoon.

Some of the migrants were videotaped throwing projectiles across the port of entry in San Ysidro, Calif., while others apparently tried to breach fencing. Inbound and outbound traffic there was locked down for approximately six hours in response.

"They had to use it; they were being rushed by some very tough people," Trump said. "And so they used tear gas. Here's the bottom line: No one's coming into our country unless they come in legally."

The president added that while it's still possible to reach a deal with Mexico to keep the migrants there while they pursue asylum claims to enter the U.S., he is considering locking down the entire southern border. Trump administration officials have characterized the vast majority of asylum claims as fraudulent or legally insufficient, and have taken steps to reduce the backlog of asylum applications.