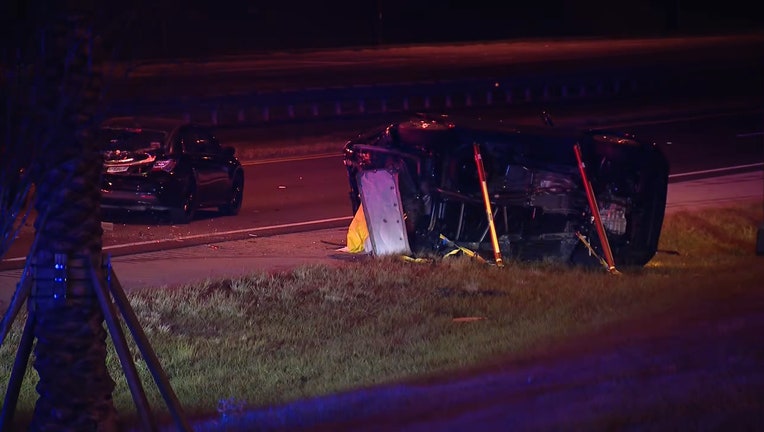 LAKE MARY, Fla. - It could take several days or weeks before the Florida Highway Patrol will be able to determine all of the factors involved in a deadly crash that occurred south of Walt Disney World Resort on Tuesday evening.

Troopers say four members of a family visiting Central Florida from Massachusetts died from the multi-vehicle wreck along State Road 429 in the Four Corners area.  The family's van was struck from behind by a pickup truck, causing the vehicle to overturn, according to investigators.

The Smith and Fay families were visiting from Whitman and South Weymouth, Massachusetts, respectively.  Surviving members of the families released a statement on Thursday saying that they were heartbroken as they attempt to process the tragedy, adding they "greatly appreciate the outpouring of support and prayers."

Bill Fay, the brother, son, and uncle of the crash victims sent the statement to FOX 35 News, recognizing all the people who responded and assisted following the crash.

“Among the many individuals, groups, and organizations who have assisted during this difficult time, we wanted to highlight the efforts of the first responders in Orlando, the medical staff at the Orlando Regional Medical Center and the Arnold Palmer Children’s Hospital, Disney, JetBlue, TSA, and the Massachusetts State Police,” the statement read. “We also want to thank the Hartman Family who assisted in Orlando. We continue to grieve for the loss of our loved ones. Thank you for your outpouring of kindness.”

Charges are pending against the 26-year-old pickup truck driver.