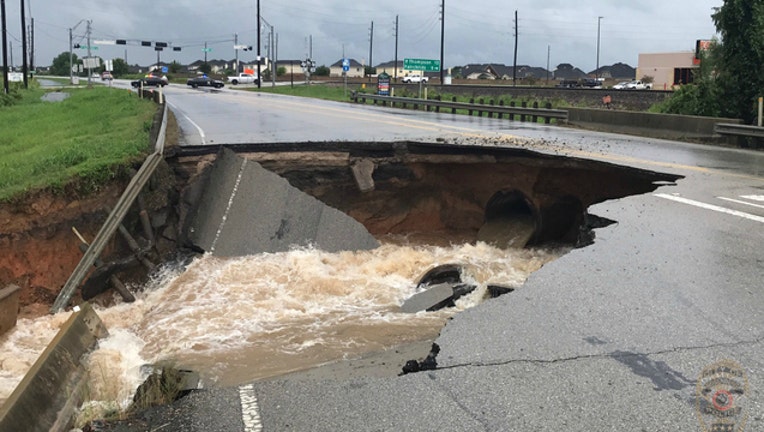 This sinkhole in Rosenberg, Texas is a result of Tropical Storm Harvey. (photo courtesy Rosenberg Police)

ROSENBERG, TEXAS (AP) - Police say a sinkhole has opened on a Texas highway about 25 miles  (40 kilometers) southwest of Houston as Tropical Storm Harvey dumps more rain on the region.

Rosenberg police on Sunday tweeted a photo of the gaping hole that spread across more than half of a two-lane highway -- Farm-to-Market 762.

Water could be seen filling the sinkhole as pieces of highway asphalt hung from the edge of the damaged roadway.

Rosenberg police did not immediately provide additional details on the sinkhole, other than urging drivers to avoid the area. Police cars blocked off the highway.