Trial date for Othal Wallace to begin in 2023

Othal Wallace was in court on Friday afternoon. He is accused of shooting and killing Daytona Beach Police Officer Jason Rainer in June 2021. He was the subject of a nationwide manhunt before he was taken into custody in Atlanta. His trial is expected to begin in April 2023.

LAKE MARY, Fla. - The murder trial for a man accused of killing a Daytona Beach Police officer is set to begin in April 2023.

Othal Wallace faces a murder charge in the fatal shooting of Officer Jason Raynor.  He was shot in the head on June 23, 2021, while responding to a call of suspicious activity.  Raynor was in a coma for nearly two months before he passed away at Halifax Health Medical Center on Aug. 17, 2021. 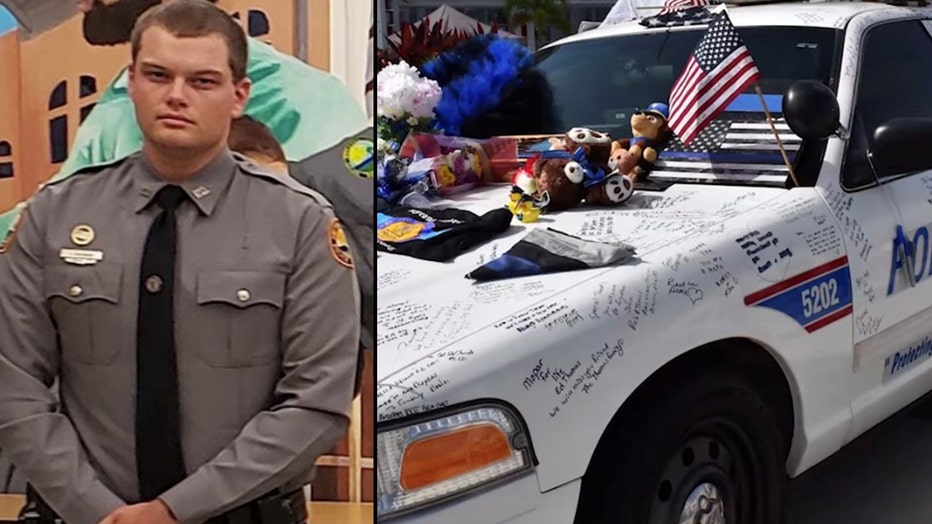 Authorities said Wallace fled the state after the shooting.  A manhunt went nationwide, with Wallace eventually being tracked down in a treehouse near Atlanta, Georgia days later. Wallace was extradited back to Volusia County and remains behind bars.

Wallace could face the death penalty in convicted.