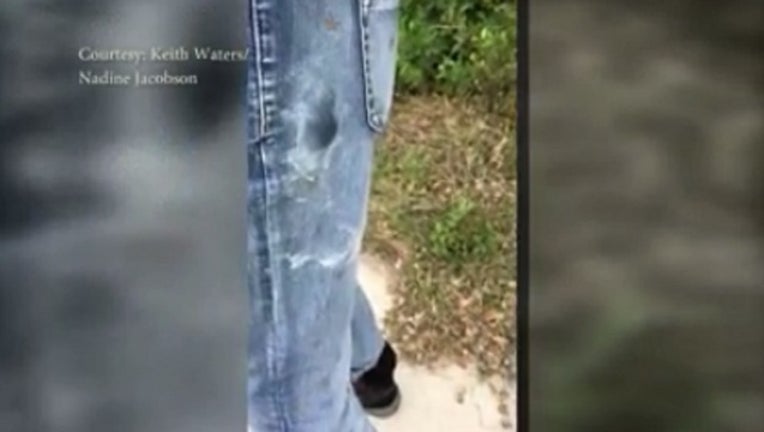 TITUSVILLE, Fla. (WOFL FOX 35) - Titusville police are investigating after several people reported they were shot at or shot with paintballs over the weekend.

Nadine Jacobson says she was riding her bike on the sidewalk along Cheney Highway, Saturday afternoon, after running some errands when one hit her hip.

“It was searing, stabbing, burning pain,” she said.

Initially, she didn’t know what hit her.

“'Did I get shot? Was it a bullet? But no, I’m not bleeding.' So then I thought, 'Maybe it was debris, a projectile that like came out from underneath a car?'”

She now thinks it was a paintball that was possibly frozen.

In a video recorded right after it happened, you can see some blue flakes on the ground.

Jacobson says after realizing someone shot at her from a passing car, she decided to call the cops.

“They were probably going to go do it again,” she said.

Titusville police say they did.

They have reports of people getting shot or shot at with paintballs in at least three other locations Saturday afternoon.

Investigators say it happened near Hickory Hill Boulevard, in the parking lot of a Walmart during an ROTC event and outside River Lanes bowling alley.

That’s where one woman tells the News Station her 12-year-old son was hit in the leg.

“They can really injure somebody by doing this,” Jacobson said.

Police say they believe kids are the culprits and they expect to make arrests in the next couple days.