Gracie Anne Muehlberger, 15, and Dominic Blackwell, 14, were killed when a gunman opened fire at Saugus High School in Santa Clarita.

SANTA CLARITA, Calif. - Thousands of people gathered Sunday night at Central Park in Santa Clarita to hold a candlelight vigil to remember the two students shot and killed by a classmate at Saugus High School.

The brother of 15-year-old Gracie Anne Muehlberger, one of the two students killed, told people at the vigil that his sister was "the best sister ever. You always put a smile on my face.”

Riley Muehlberger shared fond memories of his sister’s birthday party and how she would talk to him about her life at school.

“I watched you grow up more and more every day. You said you looked up to me when I graduated from Saugus,” he said. 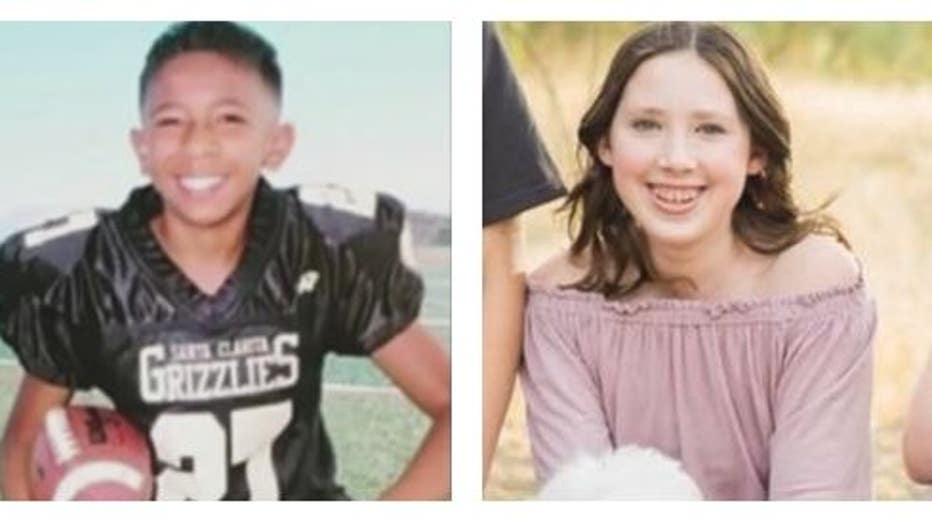 Angie Davidson, an aunt of 14-year-old Dominic Blackwell, said his death has devastated the family. Davidson was surrounded by other family members, several who were crying, as she spoke. 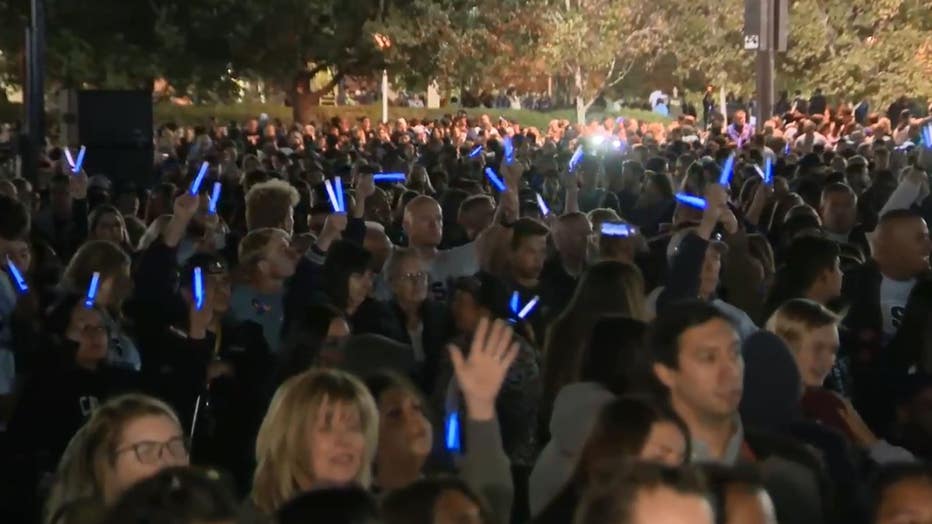 Dominic Blackwell was an ROTC student at Saugus. Two of his fellow ROTC cadets remembered him as a fun-loving and helpful classmate.

Saugus Principal Vince Perry told the crowd at the vigil that the event was a moment to grieve.

“We are here to grieve the loss of two teenagers, two friends, two students, two siblings and two children,” he said

Joann Garcia said she came to the vigil at Central Park shaken but determined to help the community heal from the shooting at Saugus High School.

“It’s very hard. We thought that this would never happen here. It has affected everybody,” she said. “We are all uniting.”

Santa Clarita Mayor Marsha McLean touched on the theme of the vigil in her remarks. “Tonight and every day we are Saugus strong,” she said.

Saugus High School will remain closed until Dec. 2, but counselors will be available to help students cope with their grief, said school district officials.

Detectives were searching for a motive for the killings carried out by Nathaniel Tennosuke Berhow on Thursday, his 16th birthday. The teen pulled a .45-caliber handgun from his backpack and shot five students at random before shooting himself in the head. He died the next day.

Berhow had shown no signs of violence and didn’t appear to be linked to any ideology, authorities said.

After more than 40 interviews and a search of his home, authorities still were in the dark, Capt. Kent Wegener of the Sheriff’s Department’s homicide unit said at a news conference Friday.

“We did not find any manifesto, any diary that spelled it out, any suicide note or any writings,” he said.

Additional law enforcement will be posted Monday at schools in the Santa Clarita area.