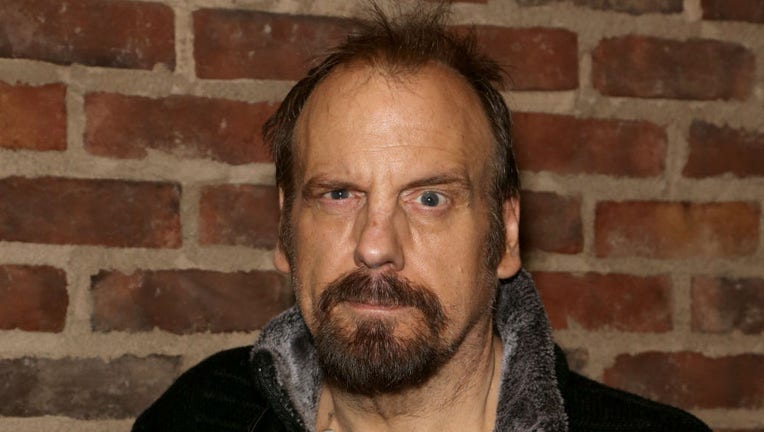 LAS VEGAS - John Edward Szeles, a comedian and magician better known by his stage name the Amazing Johnathan, died this week at his home in Nevada, according to family members and multiple media reports. He was 63.

Szeles’ death was confirmed by his wife, stuntwoman and fellow magician Anastasia Synn, to the Las Vegas Review-Journal, who said he died late Tuesday at his home in Las Vegas. The cause of death was listed as end-stage heart failure, according to the New York Times, who confirmed the death information with a funeral arranger at Palm Cheyenne Mortuary in Las Vegas.

"The last thing I said to him was, ‘I love you, honey, I’ll be with you when you get up from your nap,’" Synn told the Review-Journal. "We were feeding him oranges and strawberries. He was so peaceful. He said, ‘Yay!’ He had the most pure and sweetest look on his face."

In 2014, Szeles started feeling dizzy and out of breath and consulted doctors, who told him he had just "12 to 15 months to live" due to an ailing heart, according to his website. He announced his retirement but later began feeling "stronger" and ultimately returned to the stage — despite his heart still being "severely damaged."

Synn wrote on Twitter earlier Tuesday that Szeles had recently been under hospice care.

His sister Gail McGuire also paid tribute to him on Facebook, writing in part: "John lived life as he wanted and brought so many laughs to thousands with his brand of humor. He was the ultimate ‘fun’ and generous uncle to his niece and nephews. He brought so much excitement to all our lives. If you were lucky enough to see him perform, you know why he was called The Amazing Johnathan!"

"The world is a little less funny today," McGuire added.

Szeles was born on Sept. 9, 1958, in Detroit, Michigan. He started as a street magician in San Francisco, according to the Las Vegas Review-Journal, and appeared on several variety specials and talk shows in the mid-1980s through the 2000s — including "Late Night With David Letterman" and FOX’s "Comic Strip Live."

The eccentric entertainer developed an act with bizarre humor, hijinks and other unscripted antics. Szeles had several specials on Comedy Central, including the hour-long "Wrong On Every Level."

In 2001, Szeles arrived in Las Vegas and was a top-selling headliner for several years at the Golden Nugget, where he enjoyed his greatest success, the local newspaper reported. He also performed at the Sahara, Koval Theater at Miracle Mile Shops, Bally’s and Rocks Lounge at Red Rock Resort.

Comedy Central tweeted a photo of Szeles, calling him "a wildly entertaining and innovative comedian."

Magician and illusionist Criss Angel also paid tribute to him online, sharing a number of photos of the pair throughout the years.

"He was a pioneer who paved the road for comedy magicians in so many ways. I love this man and am so grateful for him, his talent, his friendship, and so many great memories together," Angel wrote.