Tennessee officers recovering after being dragged by fleeing suspect

Two Franklin Police Officers were injured yesterday after a fleeing suspect drug them from his car, running one of the officers over. (Credit: Franklin Police Department)

Tennessee police have released dramatic dashcam video that authorities say shows a suspect resisting officers during a traffic stop before running one officer over with his vehicle as he flees.

The incident began as a traffic stop just before 10:30 a.m. Sunday on I-65 between Murfreesboro Road and McEwen Drive, the Franklin Police Department said.

Officers pulled over 26-year-old Roy Nicholson, of Columbia, for a traffic violation and asked him to step out of the vehicle after spotting a gun and smelling marijuana inside. 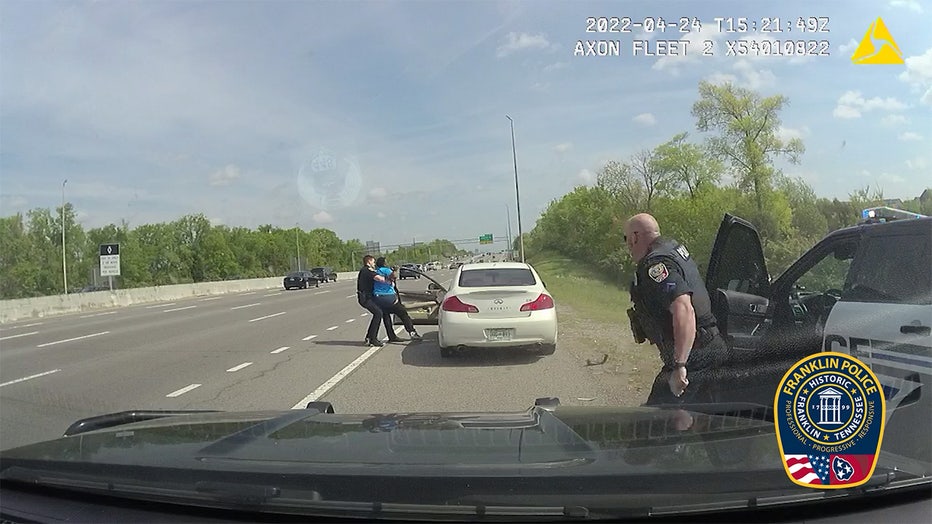 Roy Nicholson attempts to get back into his car as Officer Matt Lamarr rushes to assist Officer Dustyn Stevens. (Franklin Police Department)

"Once outside of the car, Nicholson began actively resisting the officer," the department said.

Nicholson breaks away from Officer Dustyn Stevens and runs back to his vehicle, according to the video. Assisting Officer Matt Lamarr is seen jumping out of his patrol vehicle to help Stevens. 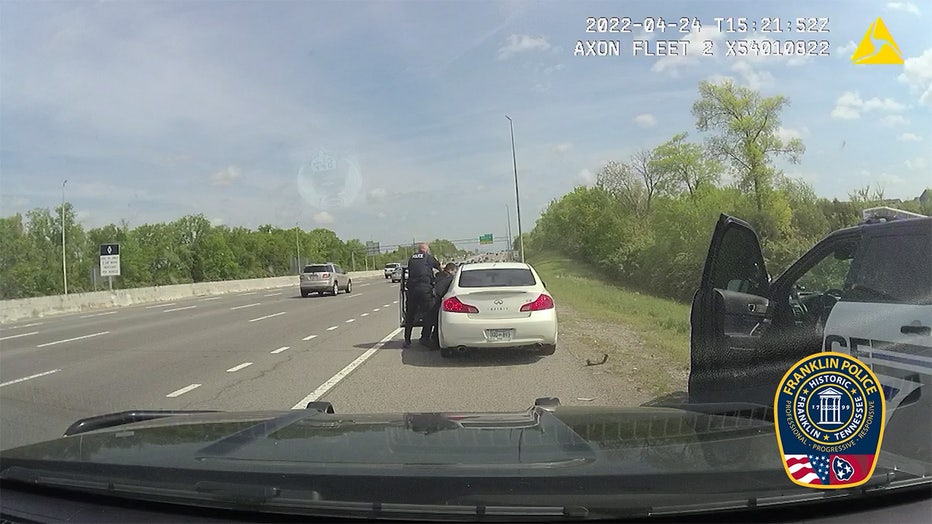 Nicholson attempts to get back into his car as Officer Matt Lamarr rushes to assist Stevens. (Franklin Police Department)

Nicholson gets behind the wheel and begin driving away, dragging both officers a short distance before getting away, according to the video. Police said the suspect ran over both of Stevens' legs. 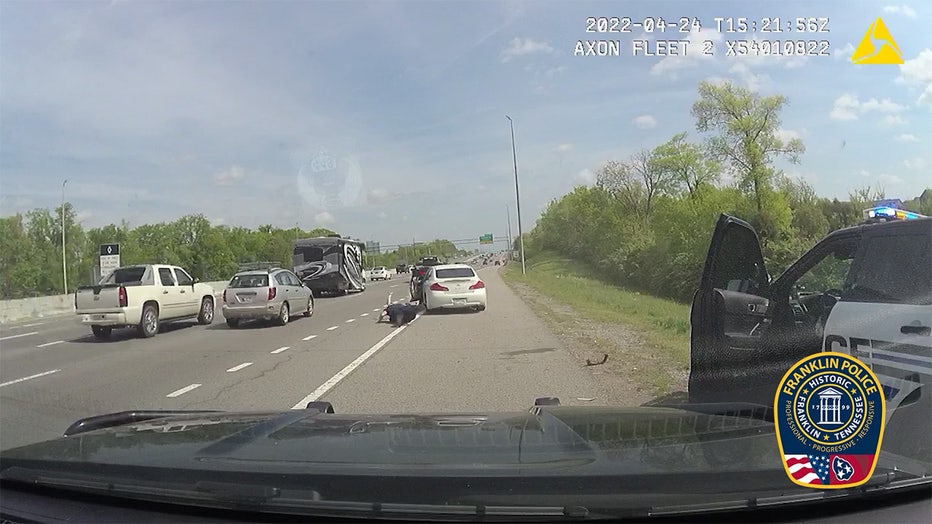 Nicholson sped away, dragging both officers a short distance and running over both of Stevens' legs, authorities said. (Franklin Police Department)

Witnesses who saw the incident unfold followed the suspect vehicle and gave authorities its location, police said. Nicholson was found outside a nearby Walmart and arrested. 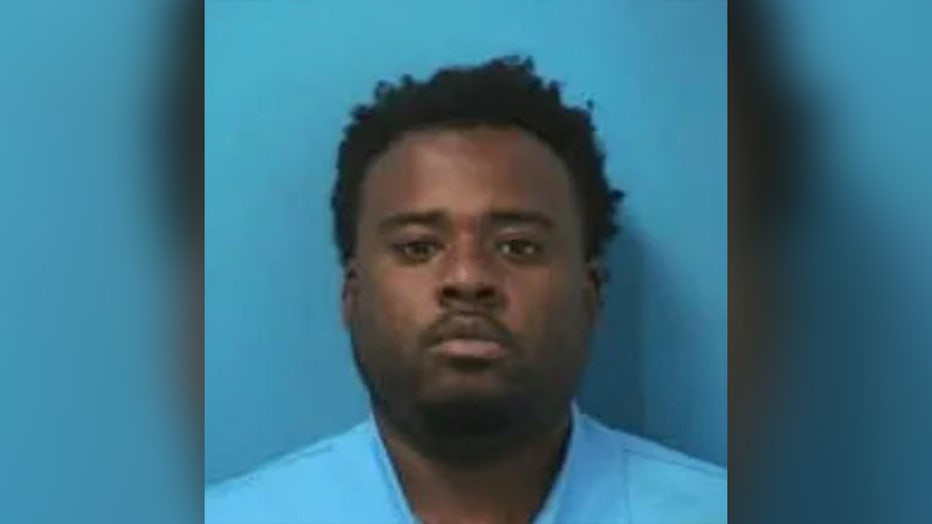 Stevens, who has served for four years with the Franklin Police Department, was treated at Vanderbilt University Medical Center, where he was later released. Lamarr’s injuries were superficial and did not require immediate medical treatment. Lamarr is a 16-year Franklin Police veteran.

Nicholson was charged with two counts of aggravated assault against a first responder and felony evading. He is free on the $40,000 bond.

He is expected to appear in court June 9. Police said additional charges are expected.