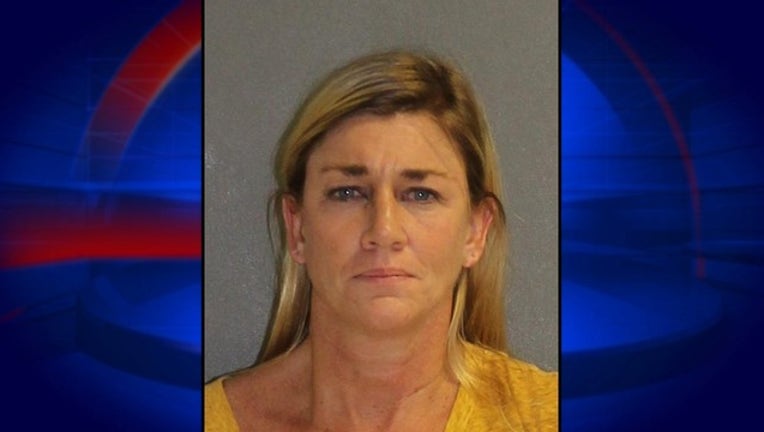 DAYTONA BEACH, Fla. (FOX 35 WOFL) - The Daytona Beach Police Department says that a middle school teacher was arrested after attempting to steal over $500 worth of items at a Target store.

They say that officers responded to the Target on West International Speedway on April 6th in reference to a theft.

Upon arrival, officers say that the store's loss prevention official had detained 46-year-old Kimberly Vicars for attempting to steal multiple items from the business. The items totaled just over $500.

Police say that the suspect also had several hydrocodone pills in her possession without a prescription.

She was taken into custody.

Vicars has been identified by police as a teacher at Hinson Middle School.

They went on to say that Vicars passed her background checks and drug tests prior to her employment and that there are no disciplinary issues in her file.

Volusia County Schools says that Vicars has been reassigned to a position with no student contact until her case is concluded through the courts. This is standard operating procedure, as she has not been adjudicated guilty nor convicted.