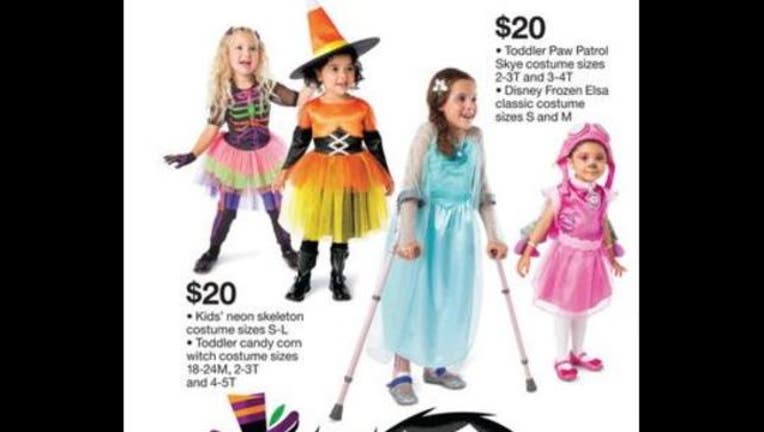 (WTXF) - A Target ad for children’s Halloween costumes featuring a little girl with a physical disability is going viral online.

The little girl is dressed as Princess Elsa, from Disney’s Frozen, has leg braces and arm crutches.

The retailer is receiving praise online for the advertisement.

According to Mashable, many have taken to Twitter to praise the retailer.

Target has responded to supporters by saying that they try hard to include all of their guests in their advertisements.