Structural engineers are assessing the damage after a roof collapsed at the Black Bottom House of Prayer church.

ORLANDO, Fla. - A structural engineer and Orlando city officials went out and assessed the damage Friday, after a roof collapse at the second oldest church building in Parramore.

Officials are working on a strategic plan for how to move forward and keep the area safe while also preserving the historic building in the 900 block of Bentley Street.

The Orlando Fire Department said the roof collapsed at the Black Bottom House of Prayer church Thursday morning.  One man was inside when it happened, but officials say he was not hurt and made it out safely. 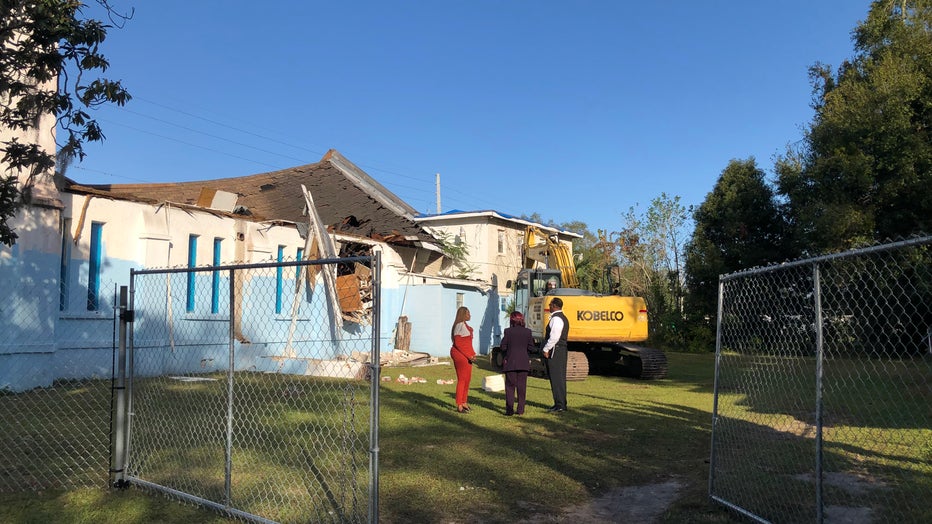 Pastor Dana Jackson said it was a church elder who was inside, and a local rescue mission took him in and is giving him a bed for the next month.

Pastor Jackson said she knew the church needed a new roof and has been raising money and restoring the building since she bought it in 2015.  Construction was halted after the roof collapse.  She believes the collapse is a sign.

“I have to give the glory to God," she said. "I believe He allowed this roof to fall in to bring attention to Himself and get people on board to really fix this church.”

Pastor Jackson said the church was built in 1925 and is an important part of Orlando’s history.  She is working with Orlando City Commissioner Regina Hill to get the Orlando City council to make the church a historical landmark.

Earlier this week, the Historic Preservation Board in Orlando granted the church a historical designation, but the city council still has to make the final decision.

“This is a jewel. It’s still here and there’s still a chance to save it,” Pastor Jackson said.