THOUSAND OAKS, Calif. - The community came together to honor one of the heroes that was tragically killed in a mass shooting at a nightclub in Thousand Oaks.

A 3.4 mile stretch of the 101 Freeway next to Borderline Bar and Grill was dedicated in memory of slain Ventura County Sergeant Ron Helus. 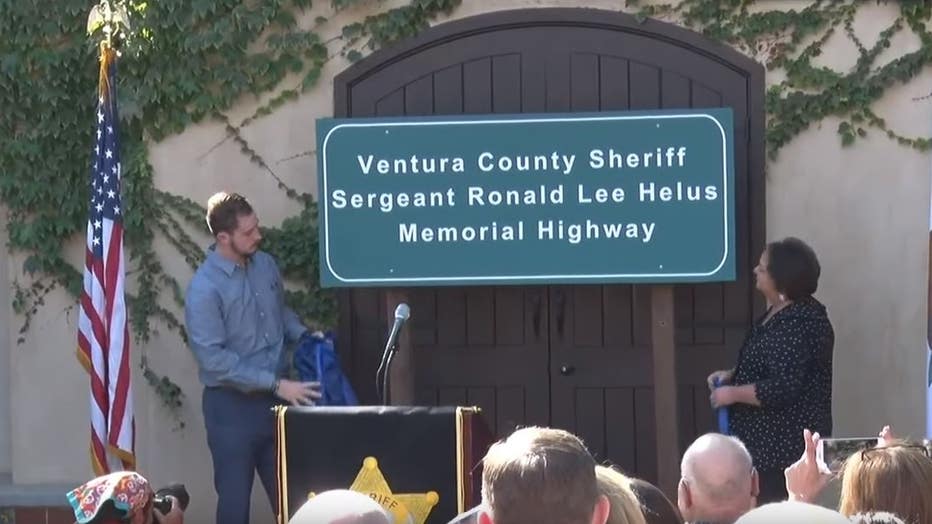 The sign was unveiled for all to see by Ron’s wife Karen and their son Jordan.

“This is something we knew we wanted to do, we felt that it was one of the least things we could do in light of the circumstances and we began work on it almost immediately after the Borderline tragedy occurred,” said Ventura County Sheriff Bill Ayub during the sign dedication ceremony. 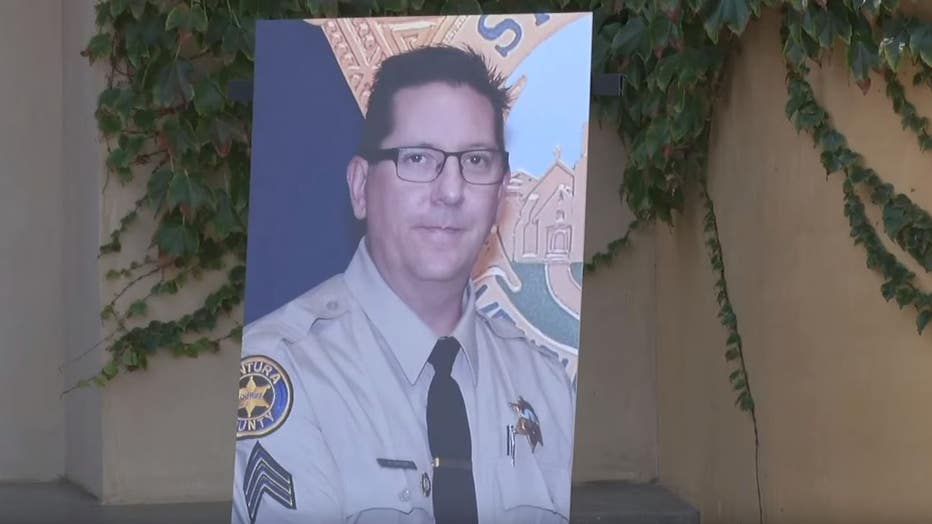 Sgt. Helus was a 29-year veteran with the sheriff’s office and worked several different tasks throughout his career in law enforcement. He planned to retire in the coming year.

Sgt. Helus was the first member of law enforcement to enter the bar during the shooting. His wife listened in on a scanner app as her husband entered the chaotic scene. Unsure what was exactly going on… she eventually heard the words that broke her down ‘officer down’.

An investigation later revealed that Sgt. Helus wasn’t killed by gunfire from the suspect but by friendly fire from another officer.

“On his last evening with us, Ron answered the call we all hoped would never come. He raced to the scene of intense violence at the Borderline Bar and Grill and without hesitation he went in to confront evil. And we all know evil gained the upper hand on Ron that evening. And we also know that Ron’s selfless, swift and decisive actions saved lives by effectively stopping the violence,” Sheriff Ayub said emotionally.

Ron Helus was one of 12 people who lost their lives that night.