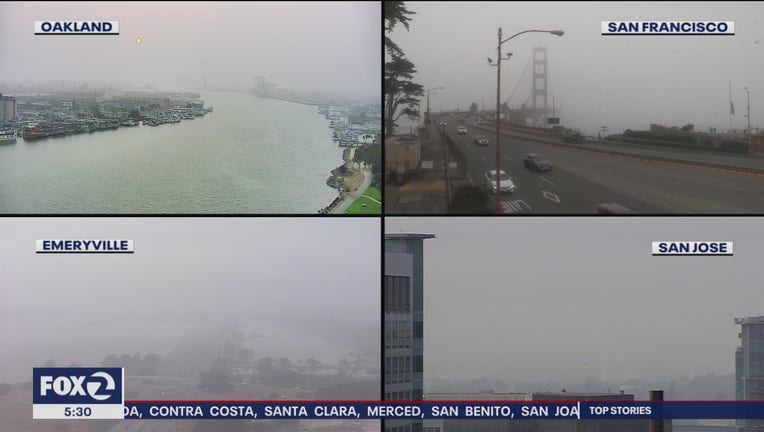 PALO ALTO, Calif. - The heavy smoke from wildfires that hung over California for just about a month may have contributed to the deaths of between 1,000 and 3,000 people, Stanford researchers said in a new report, many more people than the 26 who actually died as a direct result of the blazes.

"While media coverage on fire impacts has justifiably focused on the lives that have immediately been lost to the fire, the total costs in terms of human lives and health is likely far larger," the researchers wrote, "due to the immense amount of smoke that has been inhaled over the last three weeks by the very large number of people living on the West Coast."

Between Aug. 1 and Sept. 10, the unprecedented unhealthy concentrations of wildfire smoke were responsible for at least 1,200 and possibly up to 3,000 deaths in California that otherwise would not have occurred, according to an estimate by researchers at Stanford University.

There are foods you can eat during fire season to help.

The deaths looked at people who were 65 and older, most of whom had pre-existing medical conditions like heart disease, diabetes and respiratory ailments. The researchers did not look at smoke-related fatalities in Oregon and Washington, but they said if they looked at the air quality there because of the wildfire smoke, the death rate would surely be similar.

The researchers also noted the current COVID-19 pandemic, coupled with the horrific air. "This has as-yet-unknown implications for our understanding of how air pollution affects health outcomes," the study states. "Early evidence seems to suggest that poor air quality could worsen COVID-related outcomes, and if that's the case then our numbers above could be lower bounds."

The researchers noted several caveats to their study and they pointed out that no one will ever know the "true" number of deaths because no one knows what would have happened in the absence of the dramatic decline in air quality.