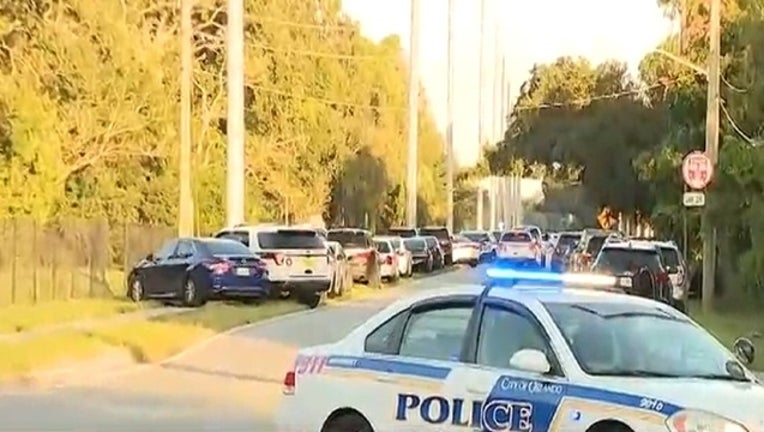 ORLANDO, Fla. (WOFL FOX 35) - The Florida Department of Law Enforcement is investigating an officer-involved shooting at an Orlando apartment complex.

An hours-long standoff ended Friday night at the Palm Groves apartments, where Orlando Police say an 18-year-old suspect took out a gun as officers responded to a domestic disturbance call.

Police say the man pointed the gun directly at the officers, two of which fired their own guns.

Officials say the suspect was not shot and none of the officers were hurt.

Investigators say the suspect then took off into another apartment, where negotiators tried for hours to get him to come out peacefully.

Mercy Drive was shut down for the public's safety.

Eventually, the SWAT team went in, arresting the suspect without incident.

Orlando Police say the officers involved in the shooting have been placed on administrative leave, following standard protocol.