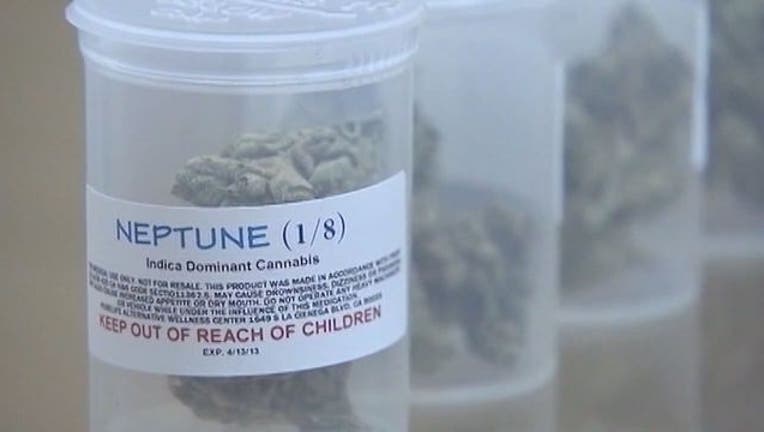 TALLAHASSEE (NSF) - Florida legislative leaders have struck a deal about carrying out a voter-approved constitutional amendment that broadly legalized medical marijuana for patients with debilitating illnesses.

The medical marijuana issue was not included in Gov. Rick Scott's call for a special legislative session scheduled to last from Wednesday afternoon through Friday. The call focused on funding for education and economic development.

But after failing to agree during this spring's regular legislative session on a plan to carry out the medical-marijuana amendment, lawmakers were under intense pressure to resolve the issue. The Senate on Wednesday morning announced plans to take up the issue during the special session.

“We drove down to the two-yard line, and we weren't able to punch it into a touchdown. Now we've scored,” said Sen. Rob Bradley, a Fleming Island Republican who has been a key player on medical-marijuana issues.

One of the key sticking points between the House and Senate has involved how many retail outlets the state's licensed medical-marijuana operators could run.

The Senate favored a limit of 15 storefronts for each vendor, while the House backed a proposal that would have permitted up to 100.

Senate leaders argued that allowing a proliferation of retail outlets would give Florida's seven state-sanctioned medical marijuana operators an unfair advantage over potential competitors seeking to enter what could be one of the nation's most lucrative cannabis markets.

Last-minute scurrying between House and Senate Republican leaders has apparently resulted in a deal regarding the dispensary limits, according to Bradley.

Representatives of House Speaker Richard Corcoran, R-Land O' Lakes, confirmed that a deal had been reached.

The deal would allow each marijuana operator to run up to 25 dispensaries throughout the state, a significant concession from the House, which originally wanted to uphold unlimited retail outlets now permitted in state law. The Legislature in 2014 passed a law that allowed non-euphoric cannabis for some patients and passed a 2016 law that made marijuana available to people with terminal illnesses.

The new agreement would also require 10 new medical-marijuana operator licenses within seven months, and four more licenses for every 100,000 eligible patients registered in a statewide database, Bradley told The News Service of Florida in a telephone interview Wednesday morning.

Bradley's proposal also would do away with a 90-day waiting period for patients before doctors can order the treatment, something backers of the constitutional amendment have demanded.

Without legislative action, the Florida Department of Health would be in charge of medical-marijuana regulations.

“I think it's important that the Legislature set the framework for the medical marijuana system in the state of Florida rather than leave it to bureaucrats. We represent the people, and 71 percent of the people voted for this so this is our job,” said Bradley, who sponsored the 2014 non-euphoric cannabis measure.