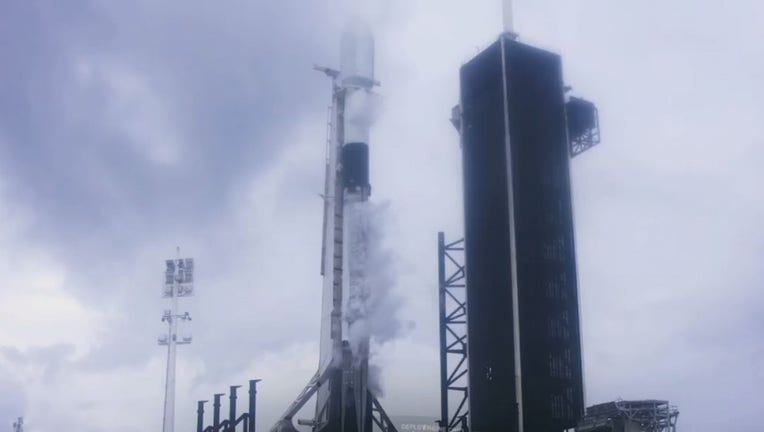 CAPE CANAVERAL, Fla. - SpaceX has scrubbed Monday's launch of Starlink satellites aboard a Falcon 9 rocket due to weather.

The next launch date has not been announced yet.

The Starlink mission is SpaceX's attempt to deliver broadband internet service from low-Earth orbit. The company's first batch of Starlink satellites was sent into orbit on May 23rd, 2019. Monday would have been the company's 13th Starlink launch.

This is one of three launches planned for this week.

SpaceX hopes to complete another launch on Wednesday when it aims to send the U.S. Air Force’s fourth third-generation navigation satellite for the Global Positioning System into orbit. The mission has been delayed several times since last year.

United Launch Alliance, another space company, will attempt to launch its Delta IV Heavy NROL-44 rocket on Tuesday evening. The launch was originally scheduled for Sunday, then moved to Monday and then rescheduled for early Tuesday morning to resolve issues with the swing arm retraction system. It was delayed again due to weather concerns and is now slated to liftoff Tuesday evening before midnight.

FOX 35 is monitoring if these launches will occur as showers and storms are in the cards for Monday and Tuesday.

You can watch the launch live when it happens on FOX 35.