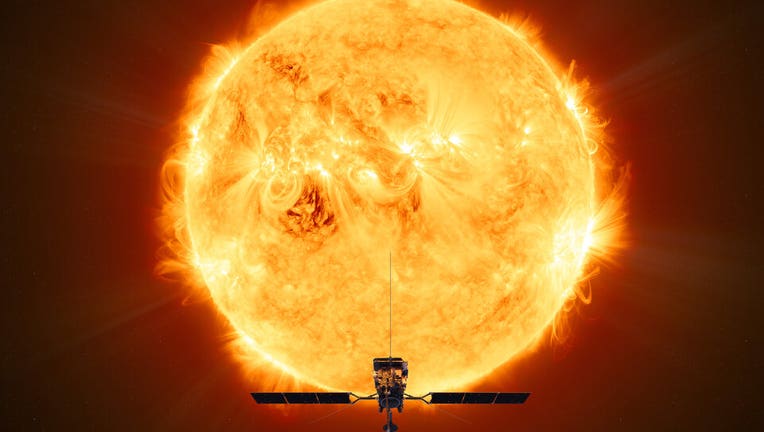 According to the European Space Agency, the spacecraft passed at about one-third of the sun-Earth distance, or 30 million miles, around 7:50 a.m. ET.

The agency said the spacecraft is now in the orbit of the planet Mercury.

The space mission is a project of the European Space Agency in conjunction with NASA. The spacecraft launched from Florida in February 2020.

It is on a 7-year mission to understand the sun and give scientists more insight as to how the sun affects the space environment throughout the solar system.

This video sequence charts the progress of the ESA/NASA Solar Orbiter spacecraft’s dive towards its first close passage of the Sun. (Credit: European Space Agency)

The $1.5 billion spacecraft joing NASA’s Parker Solar Probe, launched 1 1/2 years ago, which also came perilously close to the sun to unveil its secret

While Solar Orbiter won’t venture close enough to penetrate the sun’s corona, or crown-like outer atmosphere, like Parker, it will maneuver into a unique out-of-plane orbit that will take it over both poles, never photographed before. Together with powerful ground observatories, the sun-staring space duo will be like an orchestra, according to Gunther Hasinger, the European Space Agency’s science director.

Solar Orbiter was made in Europe, along with nine science instruments. NASA provided the 10th instrument and arranged the late-night launch from Cape Canaveral.

"This is an international collaboration 10-plus years in the making," NASA Launch Director Tim Dunn previously said on NASA’s website. "When a team is focused on mission success, that’s a language that we all speak."

"We need to know how the sun affects the local environment here on Earth, and also Mars and the moon when we move there," said Ian Walters, project manager for Airbus Defence and Space, which designed and built the spacecraft. "We’ve been lucky so far the last 150 years," since a colossal solar storm last hit. "We need to predict that. We just can’t wait for it to happen."

The U.S.-European Ulysses spacecraft, launched in 1990, flew over the sun’s poles, but from farther afield and with no cameras on board. It’s been silent for more than a decade.

Altogether, more than a dozen spacecraft have focused on the sun over the past 30 years. It took until now, however, for technology to allow elaborate spacecraft like Parker and Solar Orbiter to get close without being fried.