Three of the largest airlines in the U.S. may be encouraging — but not enforcing — new policies requiring face coverings for passengers in flight amid the coronavirus pandemic, according to a report.

American Airlines, Delta Air Lines and United Airlines can deny boarding at the gate to anyone not wearing a face covering, and are providing masks to those without them. The airlines unveiled new policies regarding the requirement of face coverings earlier this month.

RELATED: American, Delta and other major US airlines to require passengers to wear face masks

But according to the report by Reuters, enforcement inside the plane becomes more lax.

“Once on board and off the gate, the face covering policy becomes more lenient. The flight attendant’s role is informational, not enforcement, with respect to the face covering policy,” American told its pilots in an explanation of its policy, according to Reuters. “A passenger on board your aircraft who is being compliant with the exception of wearing a face covering is NOT considered disruptive enough to trigger a Threat Level 1 response.”

All three airlines have allowed exemptions on their face covering policies for young children and people with medical conditions or disabilities. The policies also do not apply while a passenger is eating or drinking. 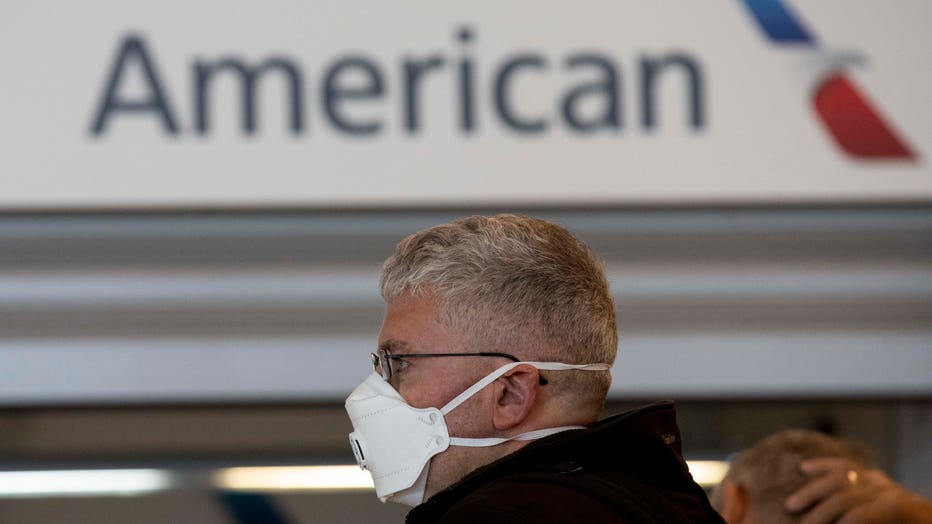 American confirmed it requires customers to wear a face covering while on board, but did not disclose whether flight attendants continue to enforce the policy while in flight.

“The safety and well-being of our customers and team members is our highest priority. American, like other U.S. airlines, requires customers to wear a face covering while on board, and this requirement is enforced at the gate while boarding,” a spokesperson said. “We also remind customers with announcements both during boarding and at departure.”

"Customers are required to wear face coverings beginning in the check-in lobby, and across Delta touchpoints including Delta Sky Clubs, in jet bridges and on board for the duration of the flight - except during the food and beverage service. A face mask is required to begin the boarding process, and also strongly encouraged in high-traffic areas including security lines and restrooms," a Delta spokesperson said.

United Airlines could not immediately be reached for comment, but a representative for the carrier echoed a similar sentiment to Reuters regarding the enforcement of masks for passengers.

A United spokesperson told the outlet that any non-compliance by travelers would be addressed at the gate and that flight attendants had been counseled to use their “de-escalation skills” on the aircraft. They would also re-seat any passengers as needed.

The International Air Transport Association, a trade group for global airlines, recommended last week that everyone wear masks while on board a flight. The Federal Aviation Administration said it expects airlines to follow guidance from the Centers for Disease Control and Prevention, which has recommended that everyone wear face coverings when in public, but hasn’t mandated such measures.

Unions for airline workers have called for more coordination from the federal government on the issue.

“Airlines are implementing policies on the fly with essentially no coordination or direction from the federal government,” Sara Nelson, president of the Association of Flight Attendants-CWA, told Reuters. The union represents nearly 50,000 flight attendants at 19 airlines.

“We need federal requirements that mitigate risk during this pandemic and put the safety of crews and the traveling public first.”