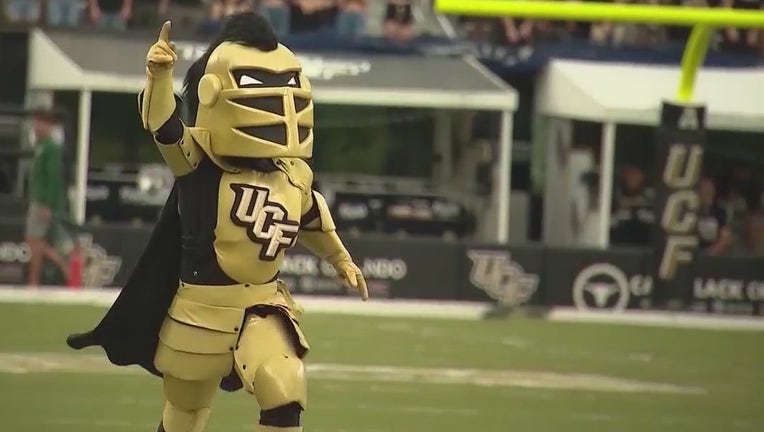 TAMPA, Fla. - With COVID-19 cases rising, some fans are second-guessing their plans for Gasparilla Bowl. But, not all plan to let it stop them from cheering on their team in person.

Tens of thousands of people are expected to pack the stands for the much-anticipated bowl.

Jeff Brody, a UCF Knights fan from St. Petersburg, planned to be one of them. He was in the process of buying tickets for the game.

"Because of the sudden acceleration of cases, we were just like, ‘No, we’d rather not.’"

Brody is a University of Central Florida alum and a fan of the team for almost 20 years. He and his girlfriend are both vaccinated and boosted.

"We just kind of made the decision it’s not worth it. We’d rather just watch it on TV," he said. "Especially because we’re going to both be seeing our family’s on Friday and Saturday, so why take the risk.

"It’s a big decision to make for as big of a game as this.

UCF fan Christa Timinsky of Winter Garden said she did not get a choice.

"Of course, this bowl game was super exciting, and I was really looking forward to it, so I’m pretty bummed," Timinsky said.

Timinsky is also vaccinated, but started showing symptoms a few days ago and recently tested positive for COVID. She was supposed to go to the game with her twin sister who also has COVID and had to cancel.

"Missing the game to me was more disappointing to me than missing Christmas," Timinsky said.

According to Raymond James Stadium’s website, safety protocols in place include cleaning and sanitation upgrades, mobile ticketing, and HVAC upgrades.

Other fans are not letting COVID put a damper on the game.

One fan posted on social media, "I will just wear my mask. Not willing to miss the game, so Mask it is,  even with my booster."

Another fan wrote, "It’s Florida. Nobody has concerns. The tickets were purchased two weeks ago so nothing has changed since then."