The sun emitted a "significant solar flare" on Oct. 28 and because of it, the Earth is under a G3 (strong) Geomagnetic Storm Watch until Oct. 31, according to the National Oceanic and Atmospheric Administration (NOAA).

The solar flare was categorized as an X1.0-class flare, according to NASA.

"X-class denotes the most intense flares, while the number provides more information about its strength. An X2 is twice as intense as an X1, an X3 is three times as intense, etc. Flares that are classified X10 or stronger are considered unusually intense," NASA said in a Thursday news release.

The solar flare took place at about 11:35 a.m. ET on Thursday after it was observed by the Solar Dynamics Observatory, according to NASA. 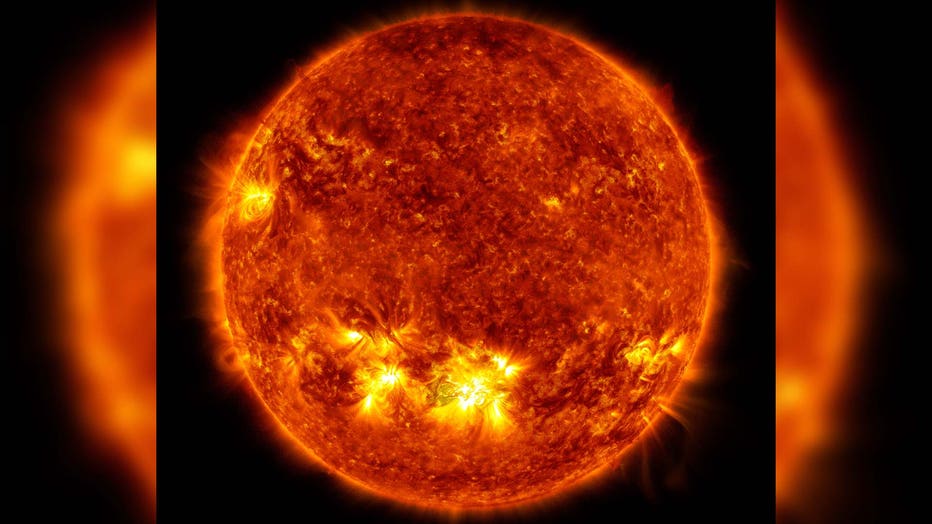 FILE - An X1.0 class solar flare flashes in the center of the sun on Oct. 28, 2021. This image was captured by NASA's Solar Dynamics Observatory and shows a blend of light from the 171 and 304 angstrom wavelengths.

RELATED: NASA one step closer to returning to moon

Any impacts the solar flare may have on Earth’s technology are minimal, but the G3 storm has the potential to push the aurora further out, giving people who live in Iowa, Oregon and Pennsylvania a chance to see it over the weekend, the NOAA said.

The aurora borealis and aurora australis — also known as the northern lights and southern lights — are the eerily beautiful green and purple lights seen in the sky at the north and south poles of the Earth. The lights occur when space weather, such as solar flares, interferes with the planet’s magnetic field, according to NASA.

"When we see the glowing aurora, we are watching a billion individual collisions, lighting up the magnetic field lines of Earth," NASA said.