An Osceola County deputy has been suspended following allegations that he struck a patient who was handcuffed to a hospital bed.

LAKE MARY, Fla. - A Florida deputy has been suspended following allegations that he struck a patient who was handcuffed to a hospital bed.

The incident is said to have happened at AdventHealth on May 6.

Deputy Dirio Sinclair was relieved from duty while a criminal investigation was conducted by the Osceola County Sheriff's Office.  As part of that investigation, detectives interviewed hospital staff and law enforcement officers on the scene.  They also reviewed video footage. 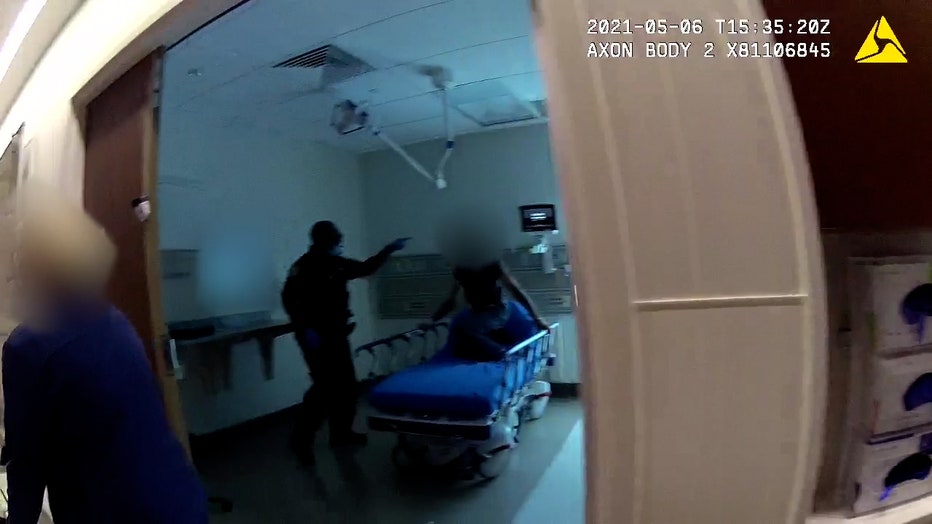 "The patient appears to be in a mental health crisis and is attempting to stand up and pull on the rail he is handcuffed to.  At that point, Deputy Sinclair orders him to sit down and a shouting match begins," read a description of the video by the Sheriff's Office. "Deputy Sinclair points his finger.  His finger touches the patient and the patient swats the deputy's hand away.  Deputy Sinclair then begins to strike the patient."

According to the Sheriff's Office, the patient was handcuffed because he was under arrest for violating a domestic violence injunction.  The patient's name was not released.

"When I saw the video, you know, it looks like two individuals in crisis, to be honest with you," said Osceola County Sheriff Marcos R. Lopez during a news conference on Tuesday, "but since I took office, I promised transparency, and we're always going to hold our deputies to a higher standard."

The case is now under review by Orange-Osceola State Attorney Monique Worrell.  The deputy could face a battery charge, Sheriff Lopez said, which is a misdemeanor.

Sinclair has been with the force since March of 2019.