Four Volusia County sheriff's deputies shot and killed a man they say pulled out an AK-47-type gun, pointing it at them.

Investigators say it happened in the area of the 500 block of Haversham Road in the Saxon Ridge subdivisionon on Tuesday afteroon.  Sheriff Mike Chitwood updated the media in a briefing at around 6 p.m.

The incident began as an attempted stop for a traffic violation around 2:45 p.m. in DeLand by a trafffc enforcement motors officer.  Chitwood said the driver, later identified as 37-year-old Gregory Howe, took off and led law enforcement on a short pursuit that ended ended at the man's residence in Deltona around 3:15 p.m.

Deputies deployed stop-sticks during the pursuit, but Howe was able to make it to his driveway.  When Howe exited his vehicle, deputies said he pulled out an AK-47-type weapon and pointed it at deputies. Chitwood said four deputies, fearing for their safety, fired roughly 20 rounds at Howe who was pronounced dead at the scene. 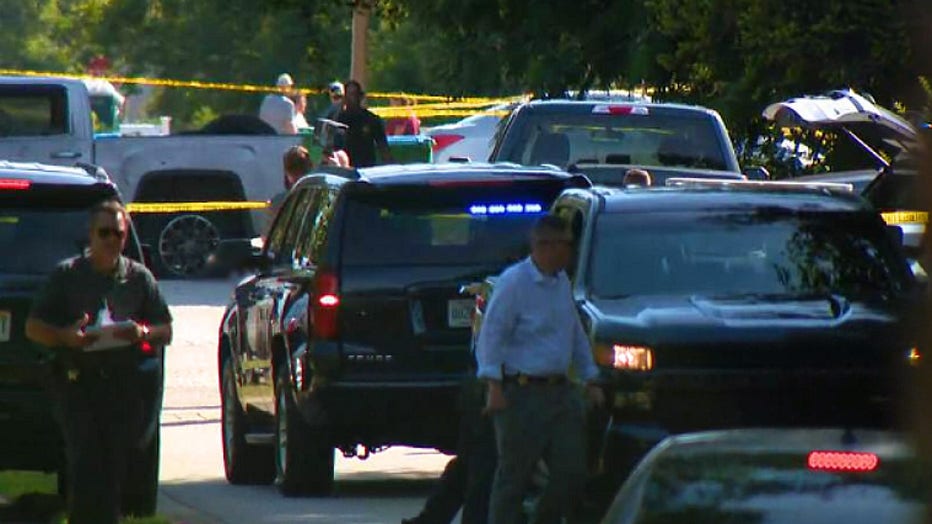 Howe is described as a veteran who received a medical discharge in 2012 by the United States Navy.  Chitwood said he had two prior arrests, "for a DUI and I think the other one is for a misdemeanor."  The identity of the suspect has not yet been released by investigators.

"Everything we're giving you is preliminary. We've looked at body camera footage.  We're still trying to piece this together.  I want to stress that," Sheriff Chitwood said during the news conference.

"I will tell you I think the luckiest person in Volusia County tonight is that DeLand motors officer that made that car stop, because one of the things that he broadcast as the car was pulling away is he [the suspect] was fidgeting around in the doorjam when he asked him to step out of the car.  We know what was in that doorjam now is an AK-47-type weapon."

As is standard proceduce with any deputy-inolved shooting, the Florida Department of Law Enforcement will conduct an investigation.